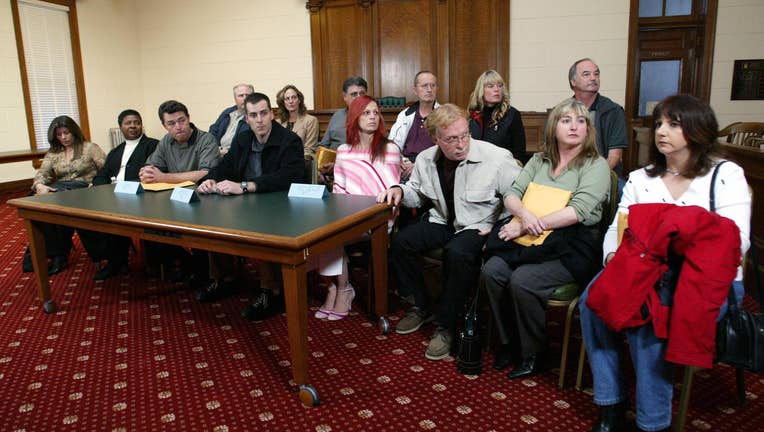 REDWOOD CITY, UNITED STATES: Members of the Scott Peterson jury sit together just after reading a statement during a news conference 13 December, 2004 in Redwood City, California. The jury returned with a sentence recommendation of death in the penal

LOS ANGELES - A woman who eagerly sought to be a juror in the murder trial of Scott Peterson and who voted to sentence him to death committed misconduct by not disclosing she had been a crime victim, defense attorneys said Friday in their bid for a new trial.

New details show Juror 7 failed to disclose her boyfriend beat her in 2001 while she was pregnant. It was previously revealed that she failed to disclose that while pregnant with another child she obtained a restraining order against the boyfriend’s ex-girlfriend, whom she feared would hurt her unborn child.

Peterson, 48, was sentenced to death in the 2002 murders of his pregnant wife, Laci, and the son she was carrying.

"It is apparent from her conduct before, during, and after the trial that during (jury selection) she failed to disclose numerous incidents that posed threats of harm to her unborn children," Peterson's lawyers said. "This enabled her to sit in judgment of Mr. Peterson for the crime of harming his unborn child." 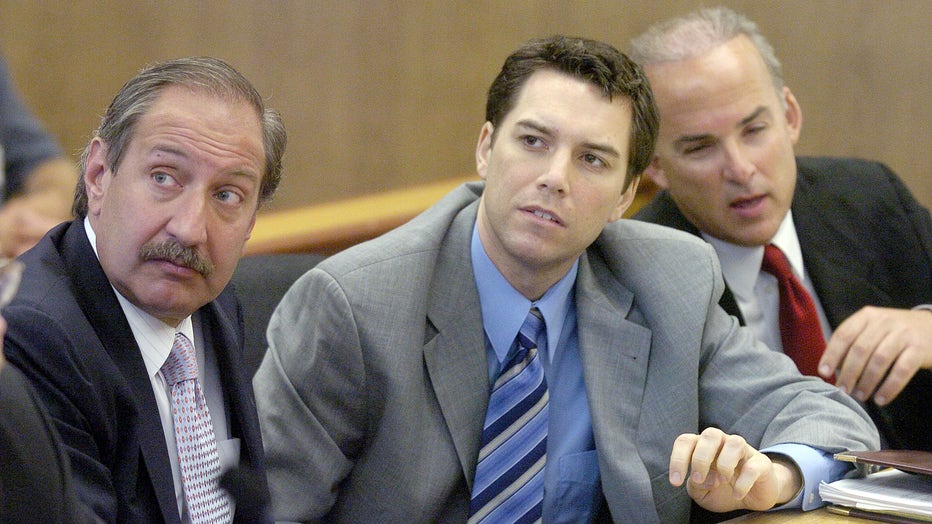 A judge is deciding whether to order a new trial because of the allegations the juror committed misconduct by falsely answering questions during the selection process. The juror was not named in the court papers but has previously been identified as Richelle Nice, who co-authored a book about the case with six other jurors.

The California Supreme Court overturned Peterson's death sentence because prosecutors improperly dismissed potential jurors who disclosed they personally disagreed with the death penalty but would be willing to impose it.

The Stanislaus County district attorney's office declined to comment on the new allegation of misconduct, saying it would address the case in court. 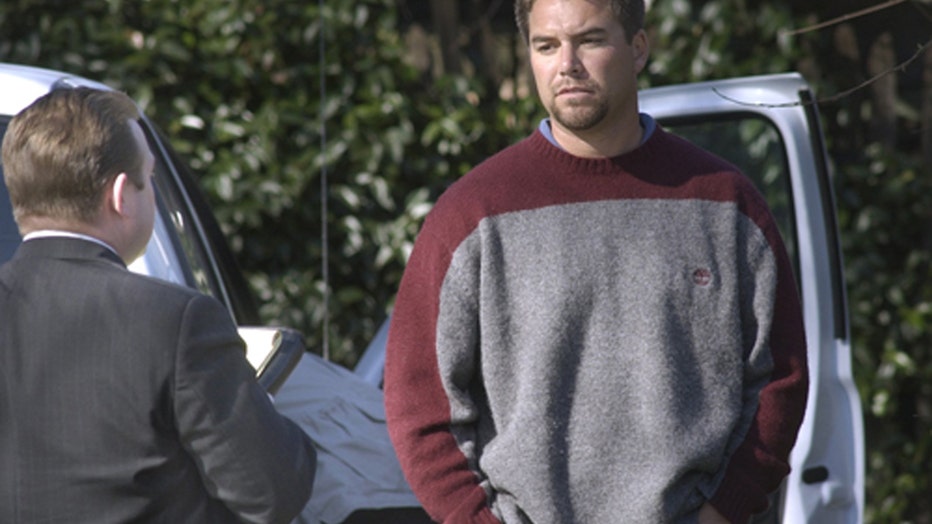 Scott Peterson talks to investigators who are looking at his truck while investigating in the murder of his wife, Laci Peterson, on February 18, 2003, in Modesto, California. (Photo by Debbie Noda/Modesto Bee/Tribune News Service via Getty Images)

In court filings, prosecutors have brushed off accusations of misconduct. They included a declaration by Nice that indicated she either misunderstood or misinterpreted the questions about other legal proceedings she had been involved in. 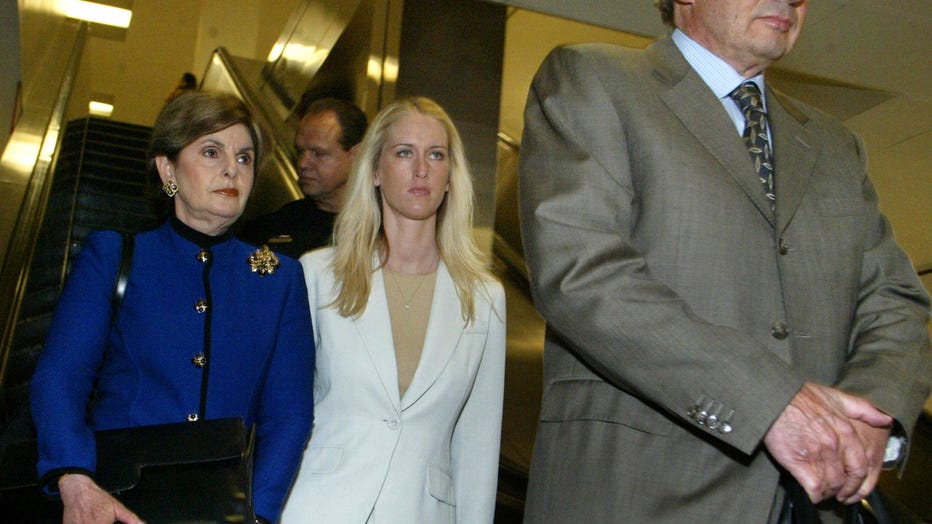 "I did not interpret the circumstances leading to the petition for a restraining order as a crime. I still do not," Nice declared, according the court papers. "Minor indignities ... do not stick out to me, let alone cause me to feel ‘victimized’ the way the law might define that term."

However, the defense scoffed at the characterization as "minor," saying the restraining order case alleged that Nice's boyfriend's ex-girlfriend had "committed acts of violence against" her and she "really fears for her unborn child."

The defense said that by concealing facts and providing false answers, the juror undermined the jury selection process and committed misconduct that harmed Peterson's right to a fair trial. 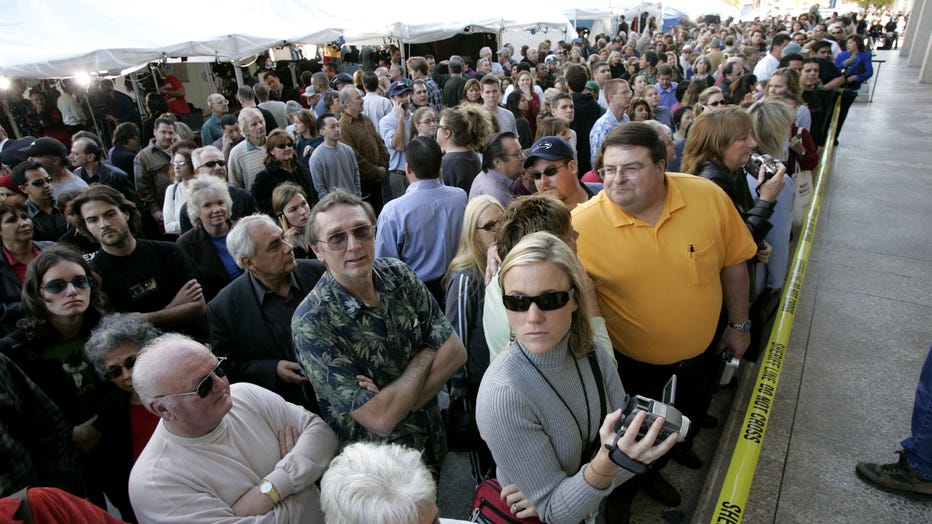 REDWODD CITY, CA - NOVEMBER 12: The crowd outside the Redwood City Courthouse just before the verdict is read in the Scott Peterson trial November 12, 2004 in Redwood City, California. Scott Peterson was found guilty of first degree murder of his wif

"Mr. Peterson was entitled to be tried by a jury of 12 impartial jurors, not 11," defense lawyers wrote.

A lawyer for Nice did not return a message seeking comment.

The defense said Nice "bent over backwards" to be seated on the jury. 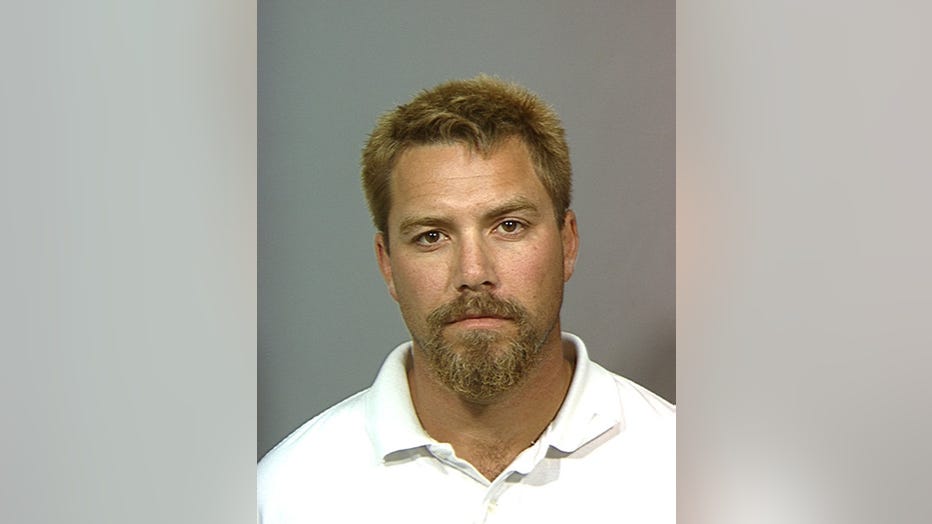 STANISLAUS COUNTY, CA - APRIL 19: In this handout image released by the Stanislaus County Sheriff's office, Scott Peterson is shown after his arrest. Authorities have confirmed that a woman's body and fetus that washed ashore at Point Isabel April 14

"She was willing to sit on the jury for five months without pay, although she had four minor children to care for, and though it caused her such extreme financial hardship that she had to borrow money from a fellow juror," the defense wrote. "Juror 7’s conduct during jury selection was so unusual that the judge commented that she ‘stepp(ed) up and practically volunteer(ed) to serve.’"

Laci Peterson, 27, was eight months pregnant with their unborn son, Connor, when she was killed. Investigators said Peterson took the bodies from their Modesto home on Christmas Eve 2002 and dumped them from his fishing boat into San Francisco Bay, where they surfaced months later. 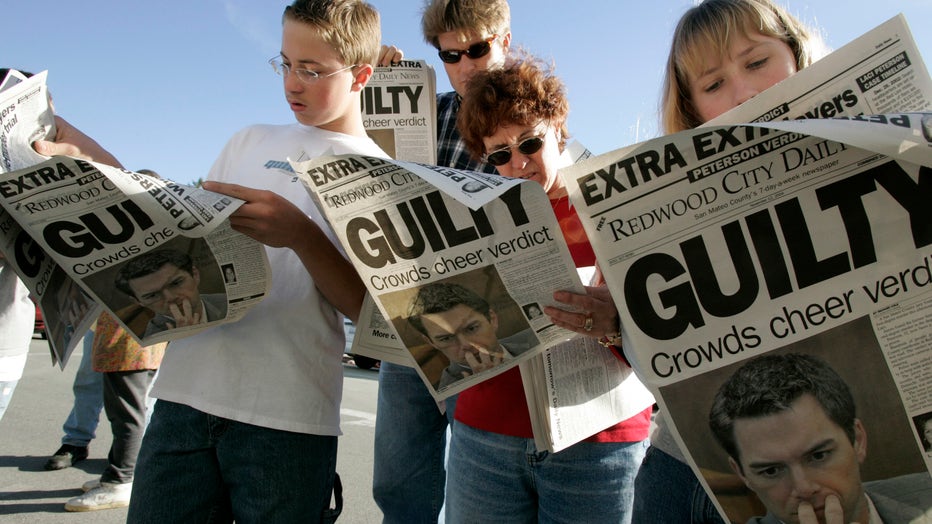 Peterson was convicted in 2005 in San Mateo County after his trial was moved from Stanislaus County because of worldwide pre-trial publicity.

Attorney Pat Harris claims that he has new evidence to show there was a nearby burglary on the day Laci Peterson disappeared. He said she was killed when she stumbled upon the crime.

If a new trial is ordered, prosecutors said they will not seek the death penalty.