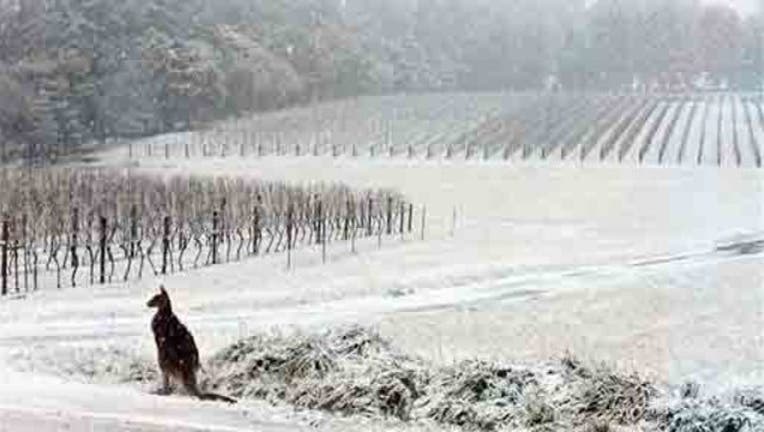 SYDNEY (AP) — Kangaroos are a common sight for Australian vineyard owner Bill Shrapnel. But a winter storm this week was the first time he'd seen a 'roo in the snow.

Shrapnel guesses about 30 of the "timid" and "watchful" creatures live on his 77-acre Colmar Estate vineyard in Orange, New South Wales.

But before he peeked out his back window Thursday, he had never seen one of the kangaroos in the snow.

"They just turned up and started to feed. The younger ones boxed with one another as if it was just another day."

A surprised Shrapnel snapped a photo, which his daughter shared on social media.

Shrapnel, 62, and his wife Jan moved to Orange earlier this year from Sydney, which hasn't seen snow since 1836.

While the couple had prepared for their first winter, he says, "having it snow three times in a week is not what we expected."

Thredbo, a ski resort in New South Wales, recorded 30 centimeters (almost 12 inches) of snowfall, and highs in Orange and other wintry towns were below 5 Celsius.