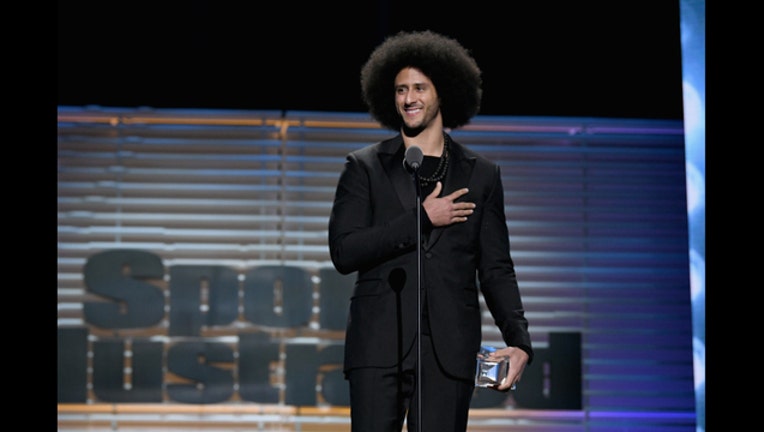 OAKLAND, Calif. (KTVU) - Former NFL quarterback Colin Kaepernick announced Wednesday 10 beneficiaries will receive $10,000 over the next 10 days, rounding out the remaining $100,000 of his $1 million pledge to charity that began October 2016.

Each organization selected will receive an additional $10,000 matched by a different celebrity. Golden State Warriors all-star Kevin Durant joined in and together the two donated to Silicon Valley De-Bug, an organization in San Jose that focuses on community-based justice work, including advocating for criminal justice reform and police accountability.

Kapernick’s pledge has reached dozens of establishments so far, ranging from the Black Youth Project in Chicago to Mothers Against Police Brutality in Dallas. Donations extend from training community leaders as social justice advocates to providing direct monetary support to victims of violent crimes. Kaepernick has kept a public record of his efforts.

Now a free agent, Kapernick issued his pledge after taking a knee for the national anthem during a 2016 preseason game when he played for the San Francisco 49ers. The action, which gained supporters from teammates and players around the league, was in protest to police brutality and racial inequality.

Keapernick remained an unemployed quarterback for all of the 2017 season. Last October, he filed a grievance alleging that the reason he has not been signed is the result of collusion by owners in response to his protests.