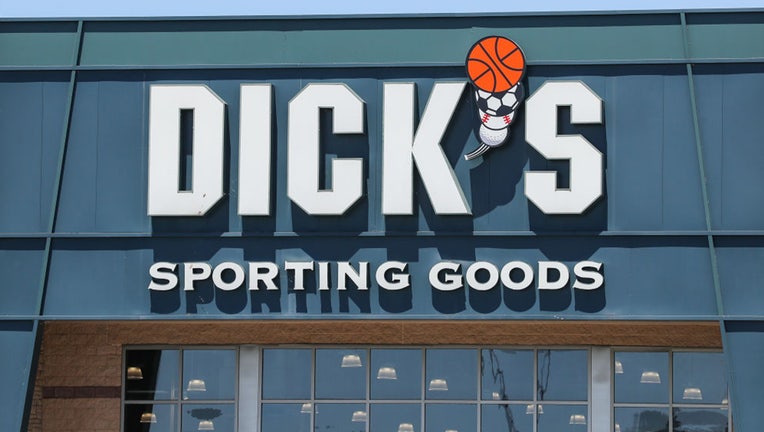 FILE - The sign of Dick's Sporting Goods is seen at Monroe Marketplace in Pennsylania. (Paul Weaver/SOPA Images/LightRocket via Getty Images)

Police said the suspects stole nearly $2,000 worth of merchandise from the retailer at around 3:45 p.m.  A description of the suspect vehicle was shared with police. Authorities said it matched the same vehicle and suspect descriptions for the same crime at the store two days earlier.

Officers spotted the vehicle, which they said was stolen, driving on the freeway towards San Francisco.

CHP tried to stop the vehicle at eastbound Interstate 80 near 7th Street in the SoMa neighborhood, but said the vehicle fled. Officers said the vehicle became disabled after a short pursuit. The four suspects then fled on foot. Three were taken into custody immediately by CHP. The fourth suspect was apprehended shortly after when they were found in a nearby parking garage.

The suspects who have not been identified because they are minors are facing multiple felony charges, police said.