FRIDAY HARBOR, Washington - A killer whale that made headlines around the world after carrying her dead calf with her for more than 2 weeks is a mother again.

Biologists from the Center for Whale Research in Friday Harbor, Washington celebrated the arrival of the newborn Southern Resident killer whale over the weekend. In a press release on Sunday, they said the new calf appeared healthy and well and that researchers were able to identify the mother as J35, also known as Tahlequah. 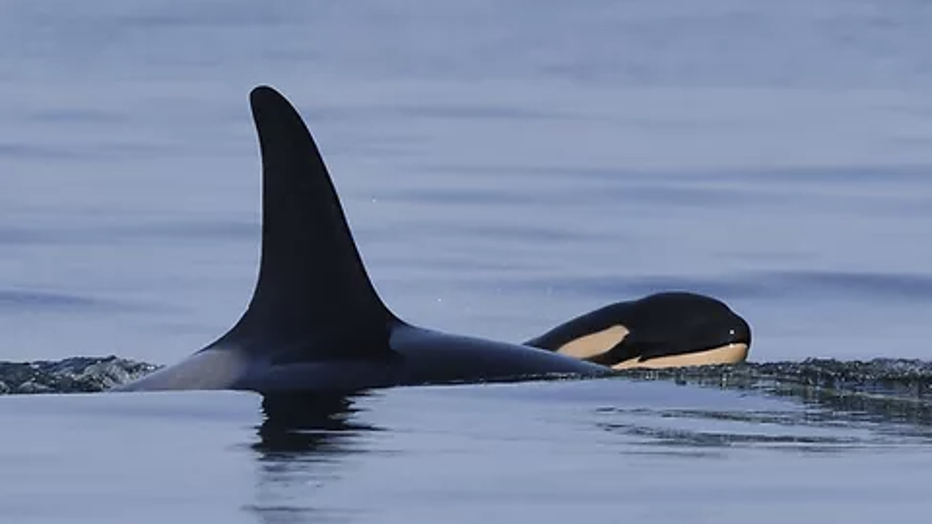 “She made world news in the summer of 2018 when she carried her dead calf on her head for 17 days while the pod traveled about 1,000 miles around the Salish Sea on what we termed a ‘Tour of Grief,’” researchers said, and they marveled over her resilience. “She was still capable of producing a live calf after an approximate eighteen-month gestation! Hooray!”

Biologists set out to the eastern Strait of Juan de Fuca in U.S. waters on Saturday, after receiving a word that a large pod of the endangered Southern Resident killer whales was spotted in the area, with one witness reporting the sighting of a very small calf.

Researchers quickly determined the mother swimming alongside that calf was indeed Tahlequah, and they concluded that the baby orca was born the previous day.

“Her new calf appeared healthy and precocious, swimming vigorously alongside its mother in its second day of free-swimming life,” the Center for Whale Research said, adding, "its dorsal fin was upright, and we know that it takes a day or two to straighten after being bent over in the womb, so we assign its birthday as September 4, 2020. (Ergo gestation commenced in February 2019).”

The arrival of the calf, whose gender has not been announced, was a significant event for the struggling Southern Resident killer whale that was placed on the endangered list in 2005, under the Endangered Species Act.

The Southern Residents have faced boat noise, a lack of food supply, habitat loss and environmental pollutants, and biologists estimated that up to almost 70-percent of pregnant orcas ended with a miscarriage, or like in Tahlequah's previous pregnancy, resulted with a calf that dies shortly after birth.

The population was composed of three family groups of whales that have been named J, K, and L pods. Tahlequah and now her new calf have been tagged as part of the J pod, identified as J35 for mom and J57 for her newborn. 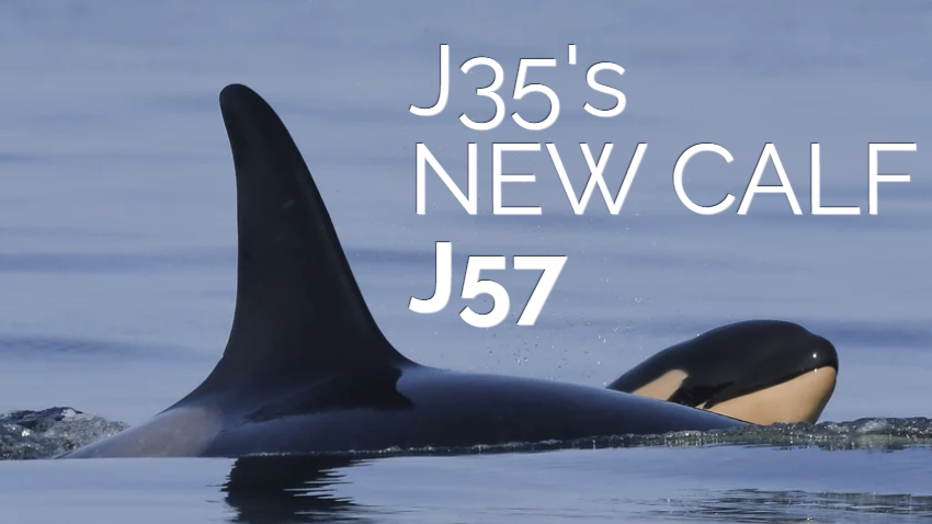 Researchers acknowledged the environmental challenges Tahlequah faced. “Regrettably, with the whales having so much nutritional stress in recent years, a large percentage of pregnancies fail, and there is about a 40% mortality for young calves,” the Center for Whale researchers said.

But scientists also expressed optimism for the mother whale who returned from her 'Tour of Grief' with new purpose, saying, “We hope this calf is a success story.”

The Associated Press contribued to this story, which was reported from Oakland, Calif.