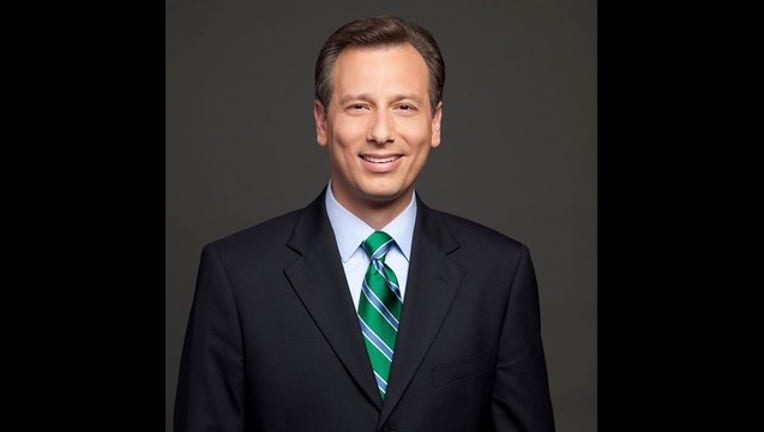 GLENDALE, Calif. - Colleagues on Friday mourned the death of KTLA-TV Channel 5 weekend anchor Chris Burrous, who was found unconscious in a motel room in Glendale and later pronounced dead at a hospital.

“Our thoughts and prayers go out to the Burrous family. Chris loved sharing the stories of Southern California and connecting with our viewers. He will be remembered as a great journalist and a wonderful friend to many. He brought a kindness to his work and will be deeply missed by the entire KTLA family.”

His weekend co-anchor, Lynette Romero, tweeted a picture taken on Dec. 16 of her and Burrous smiling on set, with a Christmas tree in the background.

Police received a call about 1:15 p.m. Thursday from a man who said a man he was with at the Days Inn, located at 450 Pioneer Drive, had passed out and was possibly not breathing, according to Sgt. Dan Suttles of the Glendale Police Department.

Glendale firefighters responded to the scene and found Burrous, 43, down inside a room and not breathing, Suttles said. CPR was administered and he was taken to a hospital, where he died.

The original call to police stated Burrous may have overdosed, but detectives will await the Los Angeles County coroner's office report for a determination of the cause of death, Suttles said.

Burrous is survived by his wife of 15 years, Mai Do-Burrous, and their nine-year-old daughter, Isabella.

Burrous graduated from Chapman University in Orange with a degree in broadcast journalism and began a two-decade career in news starting at KCKC-AM and KCXX-FM in San Bernardino while he was still in school.

He moved on to KNTV-TV and KLIV-AM in San Jose, then KEVN-TV in Rapid City, South Dakota. He joined KGET in Bakersfield in 1999 as a morning news anchor, the statement said.

Burrous' career led him to KGPE in Fresno, KMAX in Sacramento and KTLA sister station WPIX in New York City. He told the New York Daily News he asked for a transfer to Los Angeles so his daughter could grow up near her grandparents, the station said.

Burrous was credited with helping to extend the "KTLA Morning News" to seven days a week, anchoring weekends and covering breaking news on weekday mornings, the station said.

His weekend "Burrous' Bites" segments, which featured the best hole- in-the-wall eateries in Southern California, were a viewer favorite.

CNS contributed to this story.