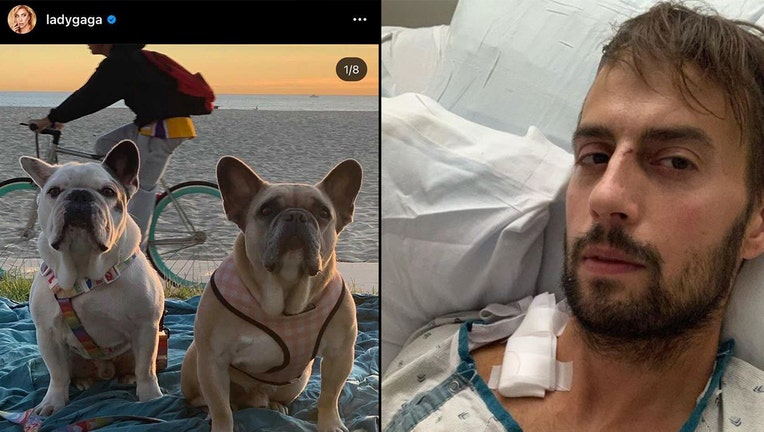 LOS ANGELES - Multiple people involved in the violent dognapping of Lady Gaga’s French bulldogs and the shooting of her dogwalker have been arrested, officials said Thursday.

According to the Los Angeles Police Department, the five suspects are facing attempted murder and robbery charges.

All 5 suspects where in court Thursday and pled not guilty.

Dramatic surveillance video from a nearby house shows a white sedan pull up next to Fischer and two suspects get out of the backseat and attempt to take the dogs. But Fischer fought back. He was heard calling out for help as one suspect yelled "give it up." The suspect then fired his gun hitting Fischer. The car then fled away.

Surveillance video captured the moment the dog walker was shot and two of Lady Gaga's French bulldogs were dognapped in West Hollywood.

The suspects drove off from the scene with two of her dogs -- Koji and Gustav -- and a third dog ran away.

The third dog was eventually recovered safely by police that same night.

Fischer was hospitalized for weeks after being shot twice, once in the back and once in the neck. 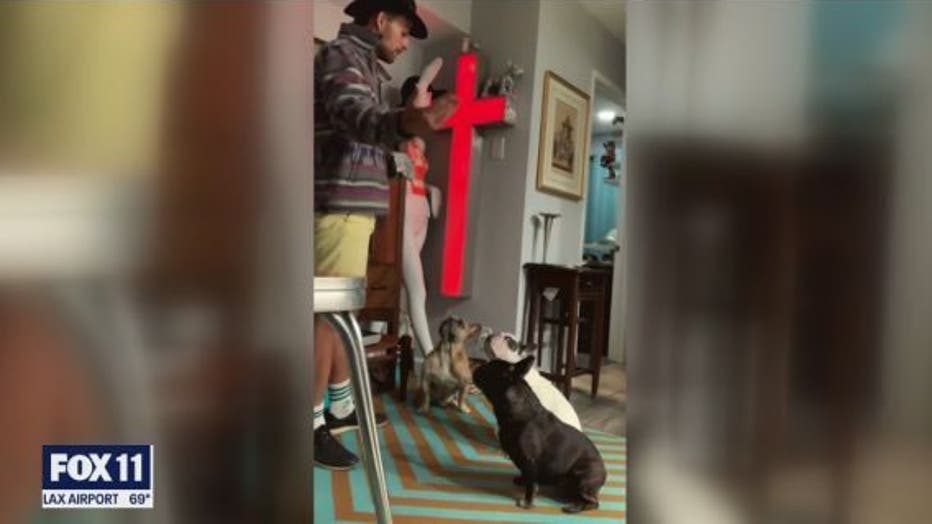 Two days after the robbery, LAPD said a woman dropped off the two stolen dogs at the department's Olympic Station after finding them. Lady Gaga was offering a $500,000 reward for their safe return. However, it was soon determined that the woman who dropped off the dogs, later identified as Jennifer McBride, was involved in the initial crime.

Detectives say McBride had a relationship with the father of one of the suspects, Harold White. Both were determined to be accessories of the crime.

Detectives do not believe the suspects were targeting the victim. But according to the police department, evidence suggests the suspects knew the value of the breed of dogs and that was the motivation for the robbery.

James Jackson, Jaylin White, Lafayette Whaley, and Harold White are all documented gang members from Los Angeles. Bail for the shooter, James Jackson, has been set to $3 million.

Lady Gaga was in Rome at the time of the armed robbery.