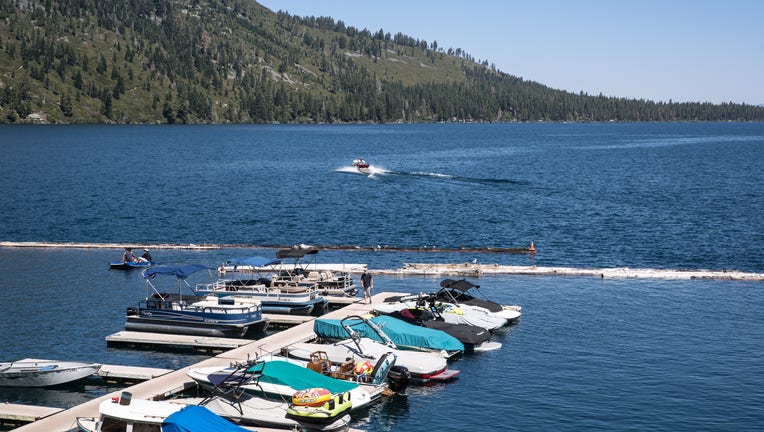 STATELINE, Nev. - The past year was such a wild ride that even the thought of a tsunami at Lake Tahoe probably doesn’t sound out of reason.

Several thousand years ago, according to Richard Schweickert, a retired University of Nevada, Reno geology professor, the lake experienced just such an event.

While a specific date is the hard to pinpoint, it is estimated that a tsunami struck after an earthquake in the basin about 10,000 to 20,000 years ago.

Schweickert has spent most of his career working in the Sierra Nevada, and has been collecting evidence about tsunamis in Lake Tahoe. 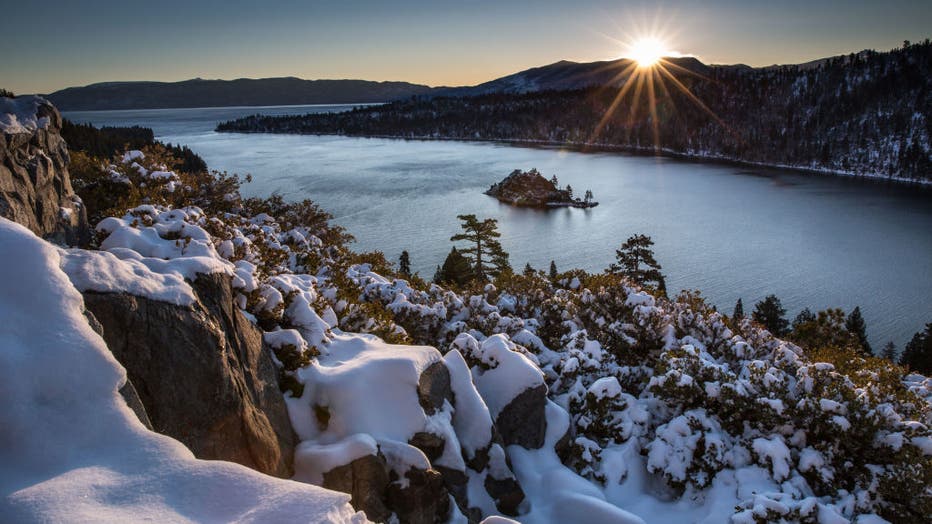 SOUTH LAKE TAHOE, CA - MARCH 3: A light coating of snow dusts the mountains around Emerald Bay following a fast-moving storm the day before as viewed on March 3, 2020, in South Lake Tahoe, California. After a series of heavy snowstorms in December, t

In 1999, he and geologist Mary Lahren, a University of Nevada professor emeritus, mapped land near Eagle Rock close to Homewood.

A year earlier, Jim Gardner at the United States Geological Survey released a map of earthquake faults. Jim Moore of the USGS began a collaboration with Schweickert in 2005.

The map showed a landslide that occurred at McKinney Bay along with several other tsunami indicators.

While Schweickert and other researchers were collecting data on land, Christopher Kitts, an associated mechanical engineering professor at Santa Clara University and director its Robotics Systems Laboratory, brought students and equipment to Lake Tahoe about 13 years ago to take a closer look at what lies beneath the surface. 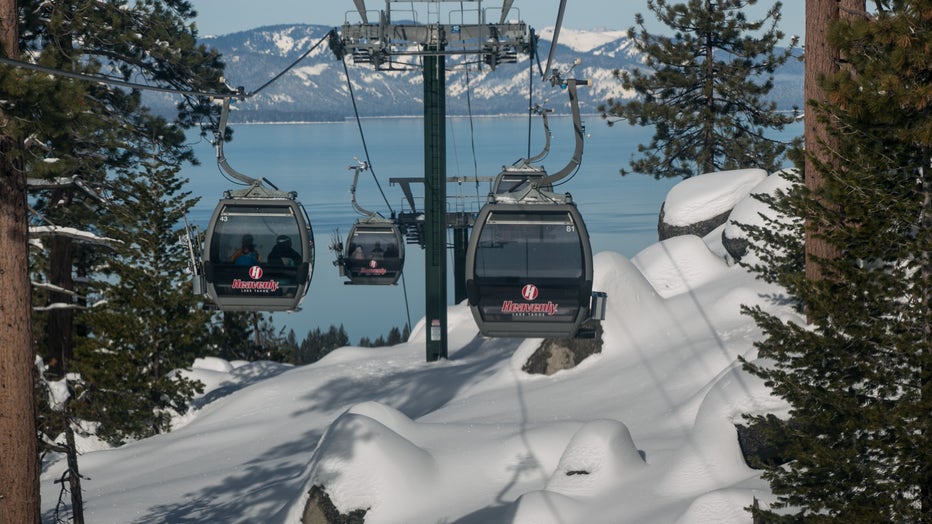 SOUTH LAKE TAHOE, CA - JANUARY 30: Skiers and snowboarders ride a gondola lift to the top of Heavenly Mountain which will take them to slopes in California as well as Nevada on January 30, 2017, in South Lake Tahoe, California. The six-year drought i

"We began to realize there is underwater evidence that could also be attributed to the tsunami," Schweickert told the Tahoe Daily Tribune.

In 2005, a team including Winnie Kortemeier from Western Nevada College, Kitts, Moore, Lahren and Schweickert researched the Tahoe City Shelf where they discovered "boulder ridges" that had never been described in a lake before.

Similar to the small ripples you see on the beach when you walk along the shore, massive ridges formed due to the volume and force of gigantic waves.

Some found in four locations just off the west shore of the northwest side of the lake are perfectly aligned "boulder ridges," as tall as 6.5 feet (2 meters) and as long as 6,562 feet (2000 meters).

Large sand waves can also be found at 15 areas around the lake. They were caused by the flow of large volumes of water into the lake from onshore, some reaching almost 10 feet (3 meters) high.

The research team spent more than 40 days on the lake using robotics to take a deeper look and interpret underwater features.

They found massive vertical canyons, some as deep as 200 feet (61 meters), carved into the sidewall such as in Rubicon Point.

"A mass amount of water had to have been thrown out onto the shores that poured back in carving the sidewalls," said Schweickert. "Extremely large volumes of water were pouring into the sides of the lake."

The largest number of deep sidewall canyons is near Tahoe Keys in South Lake Tahoe.

"The landslide generated such large waves that they flooded low areas around the sides of the lake and produced these features," Schweickert said. "Lake Tahoe is the only lake we are aware of that has features like this, out of anywhere else in the world that has been documented."

This earthquake not only shook the ground in Tahoe but caused approximately 3.5 cubic miles (5.6 cubic kilometers) of surrounding earth to slide 1,640 feet (500 meters) into the lake. The resulting splash caused waves about 300 feet (91.4 meters) high and lowered the lake’s water level by 33 feet (10 meters) for a period of time.

Enormous waves may have reached the upper Truckee River Canyon before pouring back into the lake. Some countryside areas were flattened. Sediment and glacial deposits swept into the lake.

The most affected areas were the Glenbrook and Zephyr Cove areas and Stateline to Baldwin Beach in South Lake Tahoe.

To understand the impact, Schweickert has been researching active faults around the basin. He co-authored with Will Barber an ebook, "Journeys Across Nevada’s Wild Lands," that offers a geological history tour and includes portions of the south and east sides of Lake Tahoe.

While evidence of several faults have been around since the 1960s, Schweickert mapped one called the North Tahoe fault that runs northeast from the lake through Incline Village and over Mount Rose to Reno.

A third fault, called the Tahoe Sierra, runs through the mountains just west of the lake.

"Major earthquakes on the West Shore can produce a series of potential hazards," Schweickert said.

With active faults and relatively "weak" sediment in some areas of the lake, he said there is a possibility of another tsunami occurring in Lake Tahoe again.

But he said that for people living in the basin, the hazard of forest fires is far greater.

The University of California, Davis Tahoe Environmental Research Center highlights the historic tsunami in its Lake Tahoe in Depth video.