RIVERSIDE, Calif. - California has been pummeled by wildfires during a historic season that’s scared millions of acres. As firefighters continue to fight, the threat of landslides loom ahead of winter rain and a new study is highlighting the need for more robust hazard forecasting systems.

When fire moves through a watershed, a waxy seal is created that prohibits water from penetrating the soil, causing it to run off the surface and take any debris with it, the author of the study said.

As wildfire moves through really steep areas, like the Santa Cruz Mountains, the soil becomes much more erodible, making it difficult to soak water up. This means that runoff, even during storms that are relatively common, can develop into dangerous debris flows, or fast-moving landslides that usually start on steep hills and accelerate as they move.

“The water doesn’t behave like water anymore, it’s more like wet cement,” said James Guilinger, environmental science doctoral student and author of the study. “It can pick up objects as big as boulders that can destroy infrastructure and hurt or even kill people, which is what happened after the 2018 Thomas Fire in Montecito.

To observe the phenomenon and gather data, the team of mentors and collaborators surveyed the burn scar caused by the 28,000-acre Holy Fire near Lake Elsinore in Southern California. They climbed steep hill slopes and deployed a ground-based laser scanner, which uses visible and infrared waves to reconstruct surfaces down to millimeter accuracy. Their results have been published in the peer-reviewed Journal of Geophysical Research: Earth Surface.

One of the areas the study looked at is how multiple storm cycles affect a wildfire burn area. Researchers found that most of the soil in channels at the bottom of valleys eroded during the first few rains. The channels then fill with debris during the years between fires and then rain causes rapid erosion and landslides.

“This proves the first storm events that strike an area are the most critical,” said Guilinger. “It’s really important when you’re downstream from these burn scars that you stay vigilant and listen to emergency authorities.”

In the Santa Cruz Mountains, the CZU Lightning Complex fire -- larger than any other blaze in the region’s recorded history -- created unprecedented hazards that have officials developing appropriate evacuation plans. They noted there’s fear that residents who were so recently forced out of their homes may decide not to leave again should a landslide event prompt evacuations. 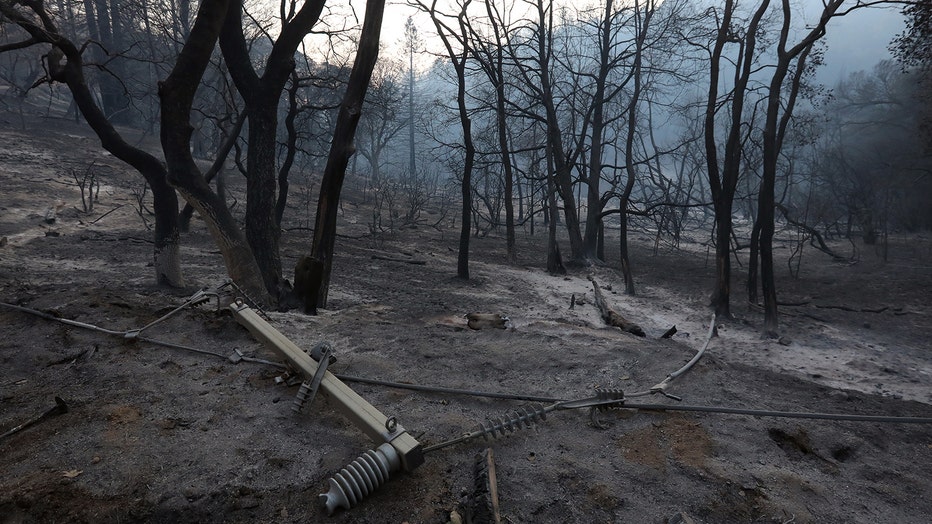 Last month, Sonoma County officials urged property owners to prepare for the rainy season, with special attention to those within and downstream of any burn areas. Residents should have "go bags" containing important possessions ready in case evacuations are ordered, officials said.

Following the 2017 wildfire season, the Southern California coastal town Montecito was devastated by mudslides that killed more than 20 people and destroyed over 100 homes.

For the 2020 fire season, the fight could continue through November and December without soaking rains and there's currently no rain in sight for the Santa Cruz Mountains and Bay Area.

"It's very likely that this fire season really is a fire year and it will roll right into 2021," said Cal Fire Assitant Deputy Director Daniel Berlant.

If you live near a burn area, researchers suggest paying attention to models that predict where debris flows could take place. Some tools include the United States Geological Survey, FEMA Flood Map and the California Department of Water Resources.

“Really just listening to emergency responders. Take it very seriously because these things can jump the channel randomly," said Guilinger. "If you’re in a floodplain, take it super seriously.