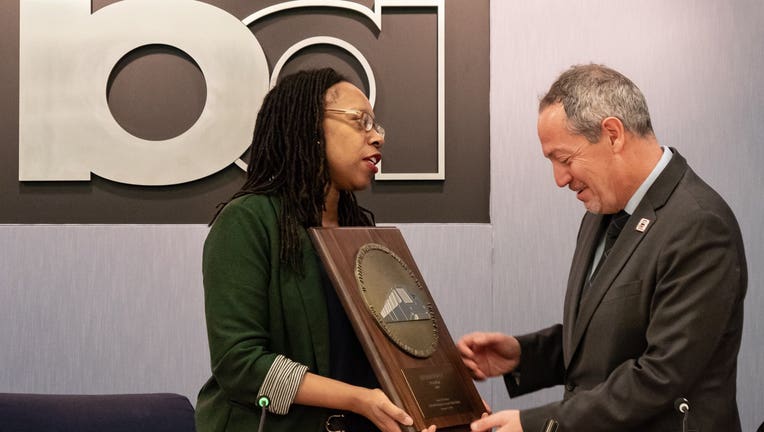 Lateefah Simon has been elected BART board president for 2020.

Simon, who replaces outgoing president Bevan Dufty, was first elected to the board in 2016.

Her biography on the BART website says she's a "nationally recognized advocate for civil rights and racial justice" and that she formerly served as executive director of the Lawyer's Committee for Civil Rights and program director at the Rosenberg Foundation, a San Francisco-based civil rights organization.

BART must "regain the trust of weekend and night riders" by delivering safe, cost-effective and reliable service, Simon said in a statement.

The BART Board of Directors elects a new president and vice president every year.