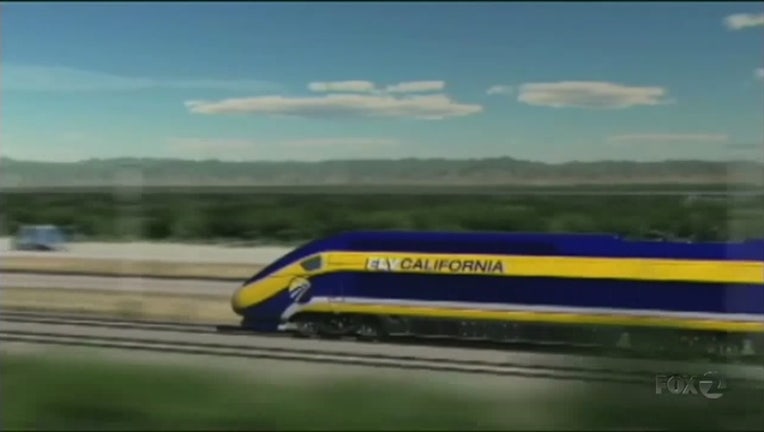 Brian Kelly, the project's chief executive, said he has only about a third of the money needed to complete the project, now pegged at costing $77 billion. It's supposed to be up and running between San Francisco and Los Angeles by 2033. Lawmakers and analysts questioned whether the project can realistically be finished.

"A complete and viable funding plan does not exist," said Tom Van Heeke of the Legislative Analyst's Office.

Kelly spoke before the Assembly's transportation committee for an oversight hearing on the California High-Speed Rail Authority's draft 2018 business plan. Released last month, it showed a steep jump in costs and an extended timeline, raising questions about the project's future.

The Legislature provides oversight and funding for the project.

The authority has in hand between $20 billion and $28 billion of the project's likely $77 billion price tag. That's not quite enough to complete a segment from Bakersfield to San Francisco, the authority's first priority.

Money for the project comes from roughly $10 billion in bonds approved by voters in 2008, federal stimulus dollars and revenue from the state's cap-and-trade program that raises money from companies that release greenhouse gases. The cap-and-trade program is only enshrined in law until 2030.

The rail authority has asked lawmakers to extend it to 2050 and to finance the high-speed rail costs against it.

It's an ambitious and politically fraught request; a ballot measure up for a vote this year would let lawmakers reshuffle cap-and-trade spending in 2024. That means high-speed rail critics could push to cut off its funding source.

"You're betting against chickens that aren't hatched yet, on money that you do not have, and you're telling us this is your business model and this is your plan?" asked Republican Assemblyman Devon Mathis, a high-speed rail skeptic.

Democratic Assemblyman Jim Frazier, chair of the transportation committee, praised Kelly for being honest about the project's costs and urged his colleague's to consider its long-term benefits. But even he acknowledged the challenges ahead.

"Proceeding with this project will not be for the faint of heart," he said.