A man who was riding a bicycle and who says he didn’t hear a police officer yelling at him to pull over, filed a federal lawsuit Tuesday against the San Jose Police Department, claiming the officer got so mad at him, he plowed his patrol vehicle into him.

SAN JOSE, Calif. - A man who was riding a bicycle and who says he didn’t hear a police officer yelling at him to pull over, filed a federal lawsuit Tuesday against the San Jose Police Department, claiming the officer got so mad at him, he plowed his patrol vehicle into him.

Gabriel Gonzales, 26 and a father of two, is also suing Officer David Lezama personally, claiming the officer “exceeded the authority vested in him as a police officer” and that Gonzales suffered injuries as a result of the interaction.

The suit claims that the officer’s actions were negligent, “malicious,” “sadistic” and unconstitutional. Gonzales said he suffered whiplash and a torn knee ligament as a result of the interaction. Gonzales is being represented by Robert Powell of Powell & Associates in San Jose.

"This is the case of an officer who feels like he wasn't obeyed and he becomes immediately angry," said Powell. "And we have these cases popping up a lot these days."

The San Jose Police Department referred KTVU to City Attorney Rick Doyle, who did not specifically comment on the particular allegations. But he did say the claims will be investigated.

"Any time there's a claim of excessive force we take it seriously," said Doyle. "Typically, a claim is filed with the [police] department and the department investigates. Or the independent police auditor will look at it, and investigates the claim." 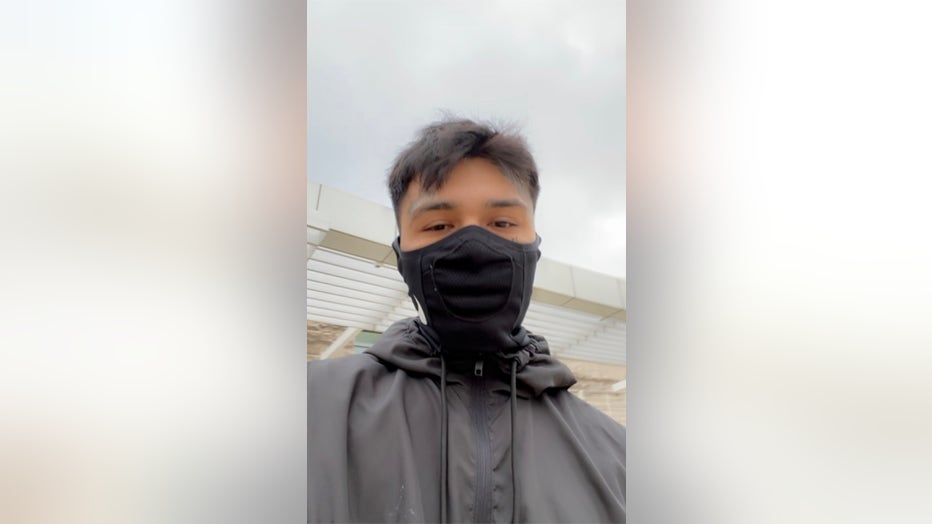 Gabriel Gonzales, 26, wore a Nike Snood over his face while he was riding his bicycle on Dec. 9, 2019 in San Jose.

According to the lawsuit, Gonzales was riding his custom-made bicycle down the bike lane on Curtner Avenue on Dec. 9. He was on his way to get some Gatorade at a nearby gas station. He was wearing a Nike Snood, which is a face shield for biking and an ear bud in his left ear. He was not listening to music in his right ear, the suit states.

At one point, Gonzales noticed a police car ahead of him, but didn’t give it much thought, the suit says.

"He started cursing at me and telling me to pull over. And I asked why, and he just told me because I f-ing said so," Gonzales said.

And because he is Latino, Gonzales said he feared that if he stopped for the officer, he could become a victim of police brutality, the suit states.

He was “keenly aware and certainly of the belief that his skin color made him more vulnerable to the use of excessive force by law enforcement, and this concern was greatly heightened by the fact that if he stopped for this police officer, it was going to be him all alone with this screaming, erratic officer on the side of the road next to a cemetery at that time of night,” the suit states.

"Two seconds before I got hit by the cop car, I thought I was gonna die."

It's unclear why the officer wanted Gonzales to pull over. San Jose police did not immediately respond to that question. Gonzales' attorney speculated it was because his client didn't have a light on his bike.

So, Gonzales decided he would not listen to the officer. And he picked up his bicycle and pedaled off in the opposite direction.

Witnesses reported that the patrol car fishtailed and ended up on the sidewalk, according to the lawsuit. The car struck Gonzales, pinning him against the metal fence of the Oak Hill Memorial Cemetery. Lezama then grabbed Gonzales and threw him up against the hood of the car, placing him in hancuffs, and then threw him down on the ground, the lawsuit states.

"Two seconds before I got hit by the cop car, I thought I was gonna die," Gonzales told KTVU.

This case isn't just about one bicycle incident, according to Powell.

The lawsuit alleges that San Jose, in general, has failed to properly train, supervise and discpline officers for such conduct, and as a result, there is a "culture within the police department of excessive use of force."

In an interview, Gonzales said that he already had suffered a previous head injury from a car accident in El Paso last year, and that his bike was impounded after his arrest. Gonzales picked up his bicycle on Tuesday, shortly after he filed his lawsuit.

In the meantime, Gozales says he will be using crutches and without his badly damaged bicycle, which was his only mode of transportation.

"I just know that I was injured. And I feel like that shouldn't have happened to me. And I just hope that he's alright in his head," Gonzales said, referring to the officer. "It's a little scary to have someone out [on the street] like that." 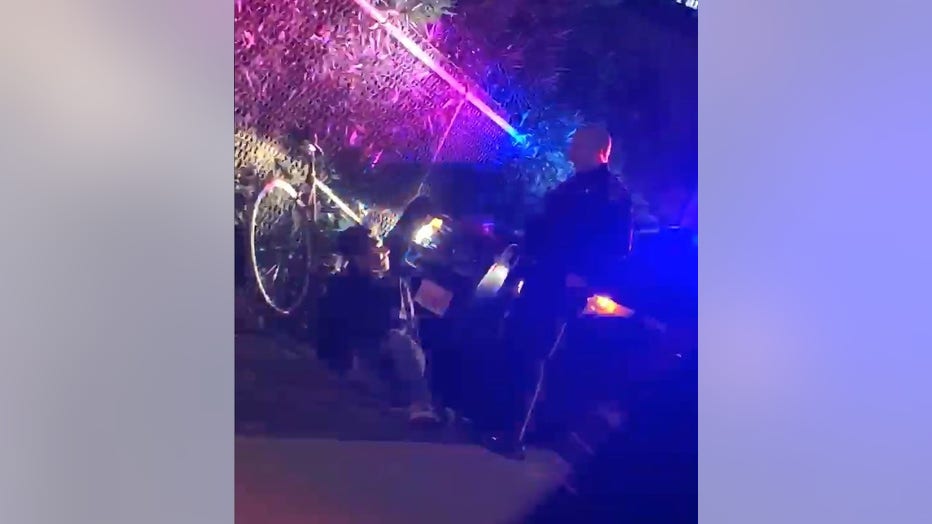 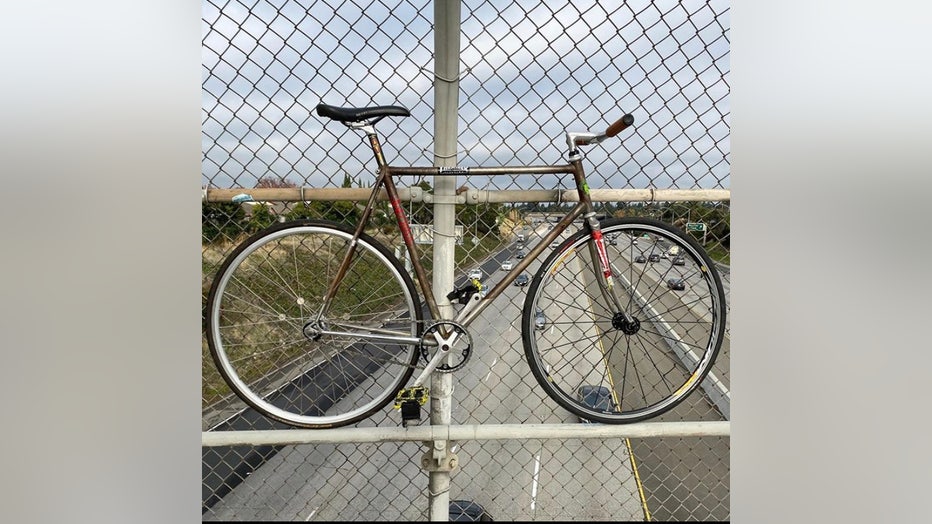 Gabriel Gonzales custom-built his bike. It was impounded after he was arrested by San Jose police Dec. 9, 2019.