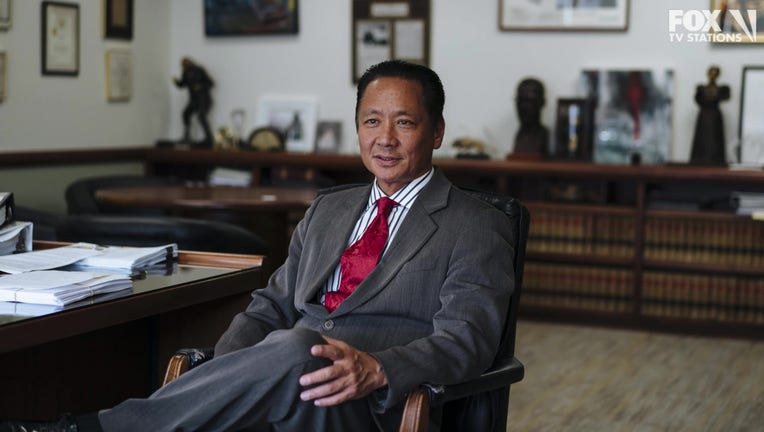 SAN FRANCISCO - The former chief administrator at the San Francisco medical examiner’s office said City Administrator Naomi Kelly told him to alter the autopsy report on the death of Public Defender Jeff Adachi before it was released last year.

The allegation is outlined in a lawsuit Christopher Wirowek filed in San Francisco Superior Court last week, following his termination last year after a rocky tenure as the top administrative official at the office.

The city administrator’s office was quick to dispute the stunning claim, calling it “complete fiction” in a statement.

John Coté, a spokesman for the city attorney, said the office is reviewing the lawsuit and “will mount a vigorous defense in court.”

The lawsuit is the latest turn in ongoing trouble involving the medical examiner’s and the public defender’s offices that exploded into public view when Adachi died suddenly last year.

Before his death, Adachi had filed a court motion questioning the credibility of the medical examiner’s office over its loss of accreditation with the National Association of Medical Examiners.

The accreditation is not a requirement to operate. The office, though, had been applying for temporary accreditation as it prepared to move from its former dilapidated facility at the Hall of Justice to its new facility in India Basin.

But no one reapplied for accreditation when the office moved. The City Administrator’s Office, citing a personnel matter, would not say if the controversy around the accreditation was the reason Wirowek was fired.

Then in February 2019, Adachi died suddenly inside a mysterious apartment on Telegraph Hill. Wirowek claimed jurisdiction over the investigation because there was no evidence a crime occurred.

The Police Department, nevertheless, began its own investigation. A police report detailing the facts around Adachi’s death was leaked to freelance journalist Bryan Carmody who sold it to Bay Area television stations, sparking accusations from the public defender’s office that police were trying to smear Adachi.

Weeks later, the medical examiner’s office released the public autopsy report that corroborated and expanded on the details in the police report. Assistant Medical Examiner Ellen Moffatt found that Adachi died from a heart attack after taking cocaine and alcohol.

In the lawsuit filed last week, Wirowek claims that Kelly, his boss, asked to see the report before it was publicly released and ordered him to “alter and edit the report findings.” He did not specify how Kelly demanded he alter the report.

Wirowek went on paternity leave in May 2019 and when he sought to return in August he was placed on administrative leave and later fired.