SAN FRANCISCO - Before raiding a freelance journalist’s San Francisco home last year in search of his source, police had been tracking his location around the city and collecting video for weeks – all while being directed from the highest levels in the department, including the chief, new internal documents obtained by KTVU show.

The documents offer a new and sweeping picture of the May 2019 police raid on freelance journalist Bryan Carmody that drew national attention and criticism over an apparent disregard for the First Amendment in one of the country’s most progressive cities.

Carmody had obtained a confidential police report from a source on the February 2019 death of Public Defender Jeff Adachi. It detailed Adachi’s collapse in a mysterious apartment on Telegraph Hill with a woman who was not his wife. The state’s Shield Law protects journalists – including freelancers – from being forced to give up their sources.

“The SFPD in this case demonstrated a fundamental lack of understanding about what it is journalists do, how they use confidential sources and the protections that apply under our constitutional democratic system,” said Ben Berkowitz, a Bay Area attorney who represented Carmody and eventually negotiated a $369,000 settlement with the city.

The new documents raise questions about police department’s actions and leadership in a series of illegal searches, which were also approved by superior court judges and championed by some of Adachi’s supporters in city government and the public defender’s office.

“Chief Scott was... actively seeking information and providing guidance and direction as the investigation was going on."

Chief Bill Scott had defended the raid for two weeks before conceding it was wrong and apologizing. He put out a statement saying he was “concerned by the lack of due diligence by department investigators.”

“It’s very clear that someone from the top was coordinating these activities,” said attorney Tom Burke, who also represented Carmody and fought to have five warrants police served quashed. “None of this had to go down the way it did. It’s outrageous that the police department did what they did.”

All five judges later quashed and unsealed the warrants, revealing that two judges who approved the warrants on Carmody’s home and office had information he was a journalist and should have been protected under the Shield Law. 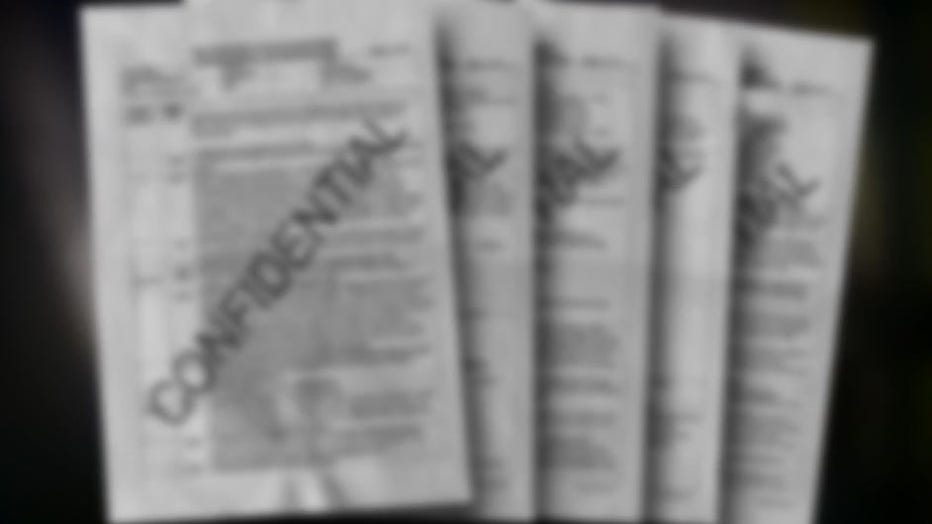 Anatomy of a failed investigation

While the warrant affidavits provided some insight into the investigation, a comprehensive report on the probe obtained by KTVU fills in many questions about how the disastrous search for a journalist's protected source unfolded. The city’s Department of Police Accountability is conducting dual administrative investigations: One into the bungled case, the other into who leaked the Adachi report to Carmody. 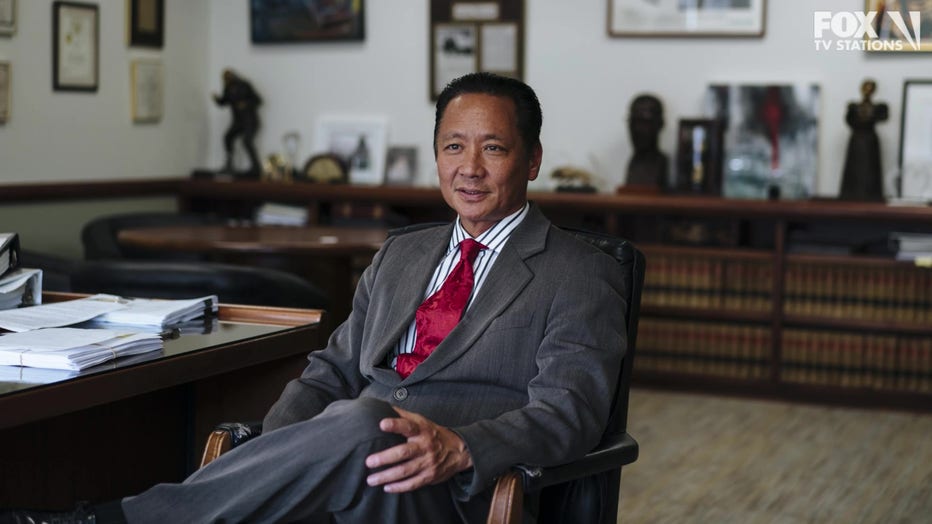 It began just days after Adachi’s death. Revelations in the police report that were published in the news drew outrage from Adachi’s supporters, who accused police of trying to smear the powerful elected official and tarnish his legacy. Adachi was a longtime adversary of the police.

Carmody, known in the business as a “stringer,” shoots video of breaking news and gathers other information and sells it to local television stations. He sold the Adachi report to several stations – including KTVU.

Less than a week later, the police department’s internal affairs bureau opened a criminal case and began hunting for the leaker. They immediately began investigating Carmody after David Stevenson -- the former spokesman in the chief’s office and a former Bay Area reporter -- gave them Carmody’s phone number and named him as the source of the report, records show.

While pointing investigators to Carmody, the chief’s office failed to give the investigators a crucial detail: He had a valid press pass.

A reporter does not need a press pass to be protected by the Shield Law. But by issuing Carmody a press pass, the department recognized he was a working journalist. 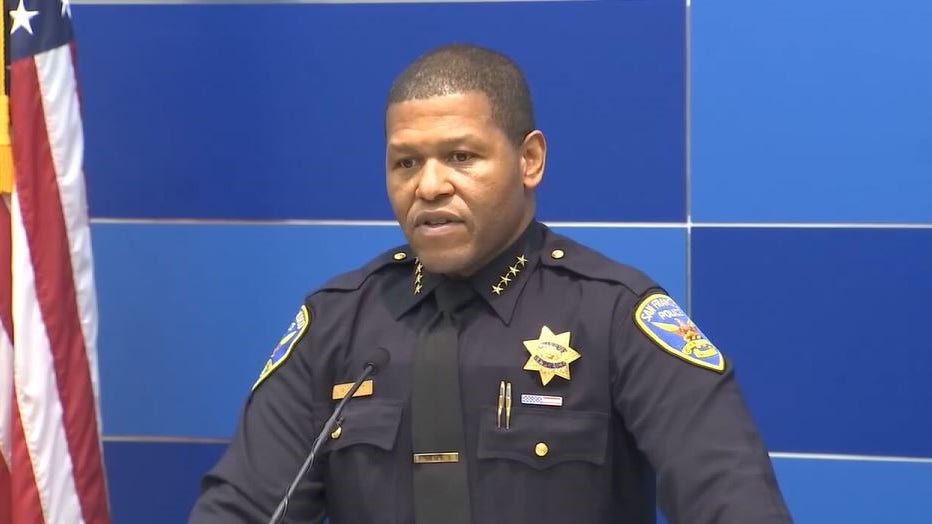 The next day the investigators obtained a search warrant for Carmody’s phone records – a pivotal step that uncovered a wealth of investigative leads. Carmody had been calling and texting officers shortly before the Adachi report hit the news, documents show.

Investigators then began writing a series of warrants – seven in all – allowing them access to the officers’ phone records, and Carmody’s geo locations and call information.

The Police Department used the locations to retrace Carmody’s steps around San Francisco in hopes of catching him and his source on video doing the handoff.

In March 2019, Judge Charlene Kiesselback, who retired this month, signed a warrant letting police search video at a Starbucks. Investigators were hoping to catch Carmody and his source on video but never did.

A spokesman for the San Francisco Superior Court said he could not comment.

Police also obtained video from the Italian Athletic Club and Tony’s Pizza in North Beach and the Washington Square Inn. In the end, the investigators never found any video of Carmody with his source.

Police then started staking out Carmody’s home before showing up in April – a month before the raid -- to ask him where he got the report. Carmody refused to tell them.

The department eventually came up with a theory that Carmody was involved in a criminal conspiracy with his source, despite no evidence in the investigative report. Police even asked Carmody if his sources profited financially from the leak, to which Carmody replied “definitely not,” the documents show.

Then they started planning the raid.

All the way to the top

While the new report gives a play-by-play on the leak investigation, KTVU also obtained a declaration by now-retired internal affairs Capt. William Braconi describing what was allegedly happening behind the scenes.

It outlines how the botched attempt to squeeze a journalist for his source went all the way up to the chief.

“Chief Scott was hardly a passive and disinterested observer in what was occurring, but was actively seeking information and providing guidance and direction as the investigation was going on,” Braconi wrote.

He added that after Scott learned about the April discussion with Carmody, the chief suggested investigators “write yet an additional search warrant to obtain Mr. Carmody’s phone records” to see if he called or texted his sources. 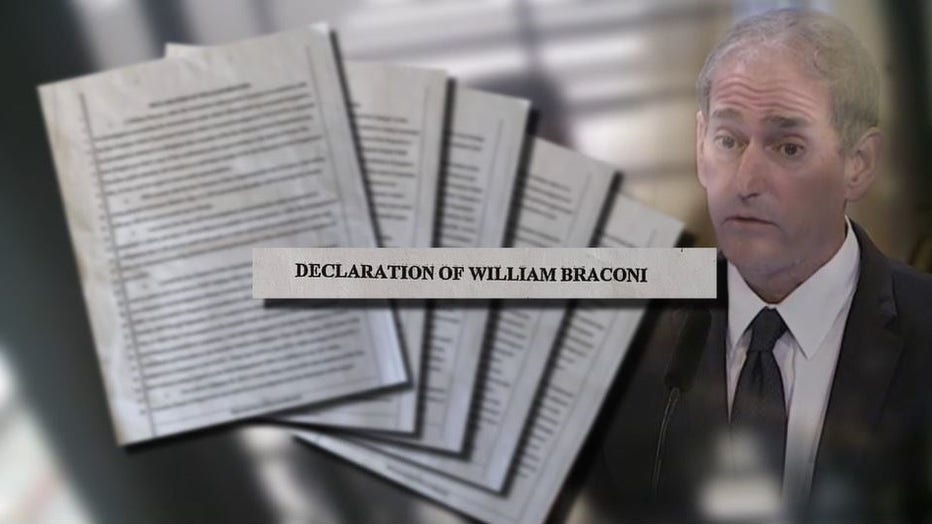 Before serving search warrants, police are required by department policy to have them reviewed by an assistant district attorney. Investigators never submitted any of the warrant affidavits to the district attorney’s office to be reviewed.

But Braconi wrote that in his nearly two decades as an investigator “rarely if ever” did an assistant district attorney review a search warrant before it was submitted to a judge.

On May 10, seven officers and two FBI agents showed up at Carmody’s Richmond District home with a sledgehammer and other breach tools and attempted to bust down his door. Carmody awoke to the clatter and let the officers in. 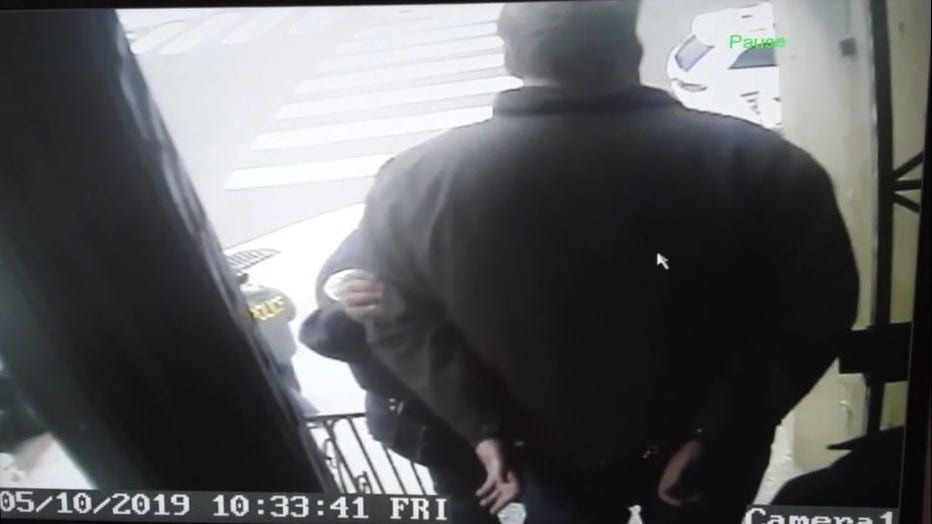 After being detained for six hours and questioned by the police and FBI, Carmody was released. Police seized all of his computers, files and electronic devices containing 30 years of reporting.

The fallout was swift.

News of the raid spread around the country and world, prompting rebukes from politicians like Gov. Gavin Newsom and U.S. Sen. Kamala Harris.

Scott defended the raid for two weeks before apologizing and changing course. He called for an outside agency to take over the criminal investigation. No agency ever stepped up and it’s not clear if a crime ever occurred.

The Department of Police Accountability, though, has now had more than a year to conduct its administrative investigations and is expected to submit the findings to the Police Commission.

Sources tell KTVU that the agency has been using information obtained through the initial illegal search of Carmody’s cell phone and is seeking to interview officers named in the report.

While none of the information can be used against Carmody because the warrants were quashed, anyone named in the documents police seized does not have that legal privilege.

Chief Scott previously said none of the fruits of the illegal searches would be used.

Sarah Hawkins, the chief of staff for the Department of Police Accountability, said she could not comment on an ongoing investigation.

But said the department is "using what is legally available to us to conduct our investigation."

The city’s continued effort to expose the source of the Adachi report is not sitting well with First Amendment advocates.

“People who expose facts to the public always have their own motives and those motives may be pure and they may be impure but the end result of leaks like this is that information is coming out that nobody is contesting is false,” said David Snyder, executive director of the First Amendment Coalition, one of the press-freedom groups that fought to have the Carmody warrant applications unsealed.

Exposing sources in general is bad for journalism, he said, because it may discourage others to come forward with information in the future.

“Whether you oppose or support an elected leader shouldn’t be the determining factor whether true information about that person is allowed to see the light of day,” he said.