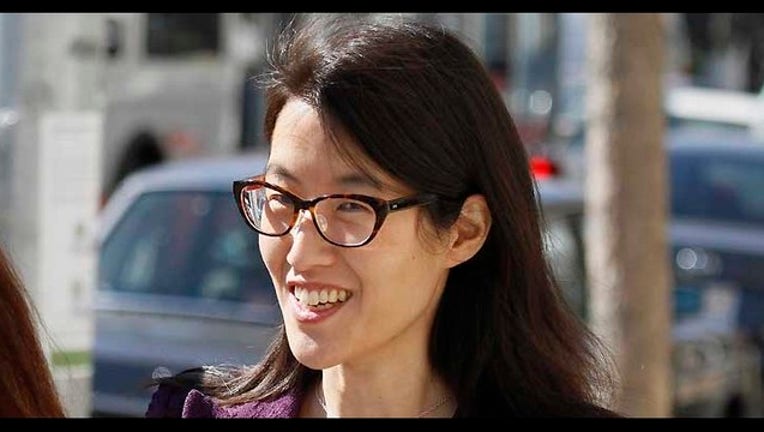 SAN FRANCISCO (AP) — A prominent Silicon Valley venture capitalist who helped direct early investments in Google and Amazon said Tuesday during testimony in a high-profile sex discrimination lawsuit that his firm is not run by men and has many female senior partners.

John Doerr took the stand in San Francisco Superior Court in the lawsuit against venture capital firm Kleiner Perkins Caufield & Byers — a case that has sparked debate over the treatment of women in the high-tech and venture capital fields.

Asked about the book of poetry during three hours of morning testimony, Doerr said Pao did not tell him the nature of the book during a 2007 meeting and did not seem upset by it. She was emphatic that her affair with the male colleague was in the past and not a problem, he said.

Doerr — a billionaire and partner at the firm, which also counts former Vice President Al Gore among its partners — said he did not recall telling an investigator that women were at a disadvantage at Kleiner Perkins because of the sheer number of men who dominate the venture capital industry and that the firm was run by men. The investigator had looked into Pao's complaint alleging gender discrimination and a complaint filed by a female employee who claimed she was sexually harassed and alleged that Doerr had made that statement.

Pao initially worked as Doerr's chief of staff, writing his letters and speeches, among other duties, before becoming a junior partner with full-time investment duties. The firm has denied wrongdoing and says Pao, 45, didn't get along with her colleagues — a requirement for the junior partner position — and performed poorly in that role.

Exelrod presented a job review by Doerr that praised Pao's communication skills, though it said she needed to improve her interpersonal skills and not be dismissive of peers who don't meet her expectations.

Doerr was expected to continue testifying in the afternoon.

Venture capital firms, which provide much of the startup funds for tech companies, have a reputation as being even more insular and male-dominated than the companies they help launch.

Women hold 15 to 20 percent of the technology jobs at tech giants Google, Apple, Facebook and Yahoo, according to disclosures by the companies.

Venture capital firms are even more slanted toward men. A study released last year by Babson College in Massachusetts found that women filled just 6 percent of the partner-level positions at 139 venture capital firms in 2013, down from 10 percent in 1999.

Pao is seeking $16 million in damages. The firm is seeking to limit any possible damages by arguing that Pao is well-compensated in her current position as interim CEO of the popular social media company Reddit and hasn't suffered financially since leaving Kleiner after filing her lawsuit.