Scottish pop singer Les McKeown, who was the lead singer of the Bay City Rollers, has died, his family confirmed Thursday.

LOS ANGELES - Scottish pop singer Les McKeown, who was the lead singer of the Bay City Rollers, has died, his family confirmed Thursday. He was 65.

News of the singer’s death was announced on his official social media accounts. 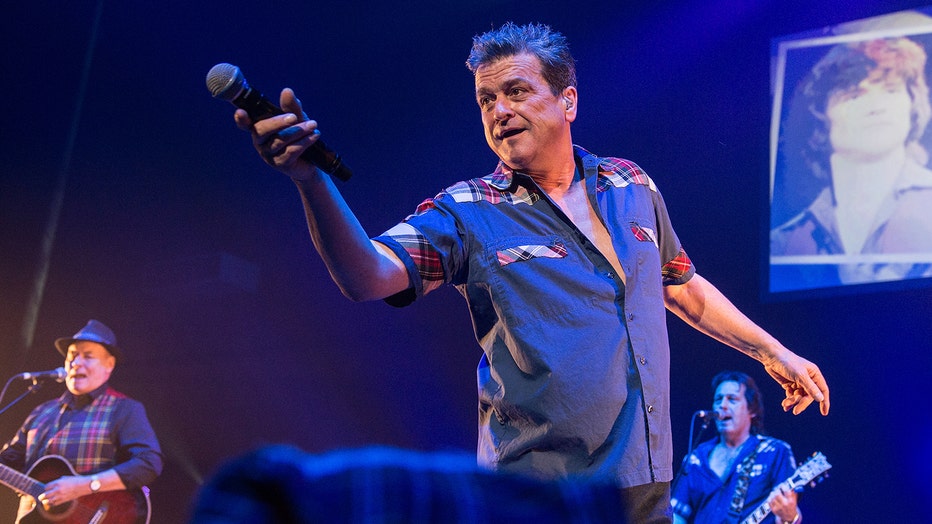 "It is with profound sadness that we announce the death of our beloved husband and father Leslie Richard McKeown," the family statement read. "Leslie died suddenly at home on Tuesday 20 April 2021. We are currently making arrangements for his funeral and ask for privacy after the shock of our profound loss. Thank you."

McKeown achieved stardom in the 1970s as the frontman for the Bay City Rollers with hits including, "Bye, Bye, Baby", "You Make Me Believe in Magic" and "Give a Little Love."

While McKeown left the group in 1978, he had toured with his former bandmates in recent years.

The band also released a statement on its social media account.

"We are saddened by the news of Leslie McKeown’s death. Our thoughts and prayers are with his wife Peko and his son Jubei, their family and friends. Rest In Peace, Leslie," read the statement.

The cause of his death was not immediately clear.

"We are deeply saddened by the news of Ian Mitchell’s death," the band wrote in a post shared to their official Facebook page on Tuesday alongside a black-and-white photo of a young Mitchell. "Our thoughts and prayers are with his wife Wendy, their family and friends. Rest In Peace, Ian."

According to FOX News, reps for the band confirmed Mitchell died within the first two days of the month after "a short battle with throat cancer."