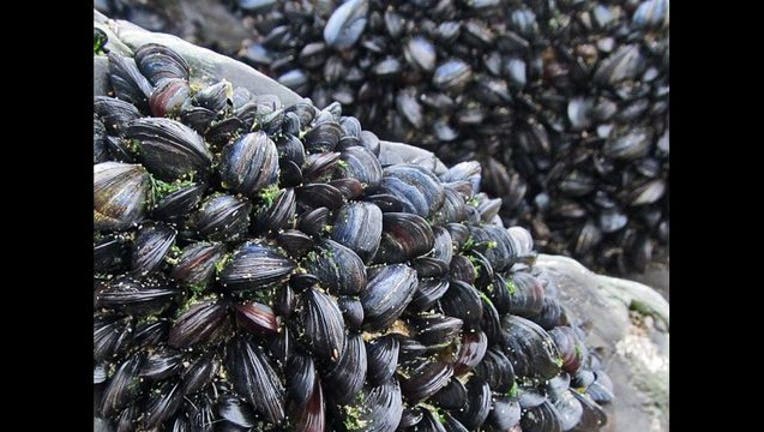 Marin County Public Health officials are warning people not to harvest mussels, clams and oysters along the county coast because they may contain lethal levels of a naturally occurring toxin, paralytic shellfish poison, or PSP.

The California Department of Public Health also issued a warning today advising people not to eat recreationally harvested mussels, clams or scallops from San Francisco and San Mateo counties where dangerous levels of PSP were found in mussels.

The warnings for all three counties do not apply to commercially sold clams, mussels, scallops or oysters from approved sources, the California Department of Public Health said.

The paralytic shellfish poison can cause illness or death in humans who consume contaminated shellfish, and cooking the shellfish does not alleviate the toxicity, the California Department of Public Health said.

The symptoms are typically followed by loss of balance, lack of muscular coordination, slurred speech, difficulty swallowing and in severe poisoning complete muscular paralysis and death from asphyxiation.

Surges in PSP content in shellfish can be caused by changes in water condition or temperature, flow and salt content. Higher levels of PSP typically occur in summer months.

There have been 542 reported illnesses and 39 deaths from PSP in California over the past 90 years, according to state statistics.

The PSP levels recorded in Marin County are the highest in 20 years, but no illnesses have been reported recently in the county, Willis said. The latest samples showed record levels near Chimney Rock and points north of Stinson Beach, he said.

"Because these are potentially lethal levels, we want to make sure no one is out there collecting shellfish until it's safe again," Willis said in a statement. "Please warn anybody who is out with boots and shovels looking for shellfish at low tide."

The National Park Service has been notified to post warning signs at locations along Drakes Bay within the Point Reyes National Seashore.