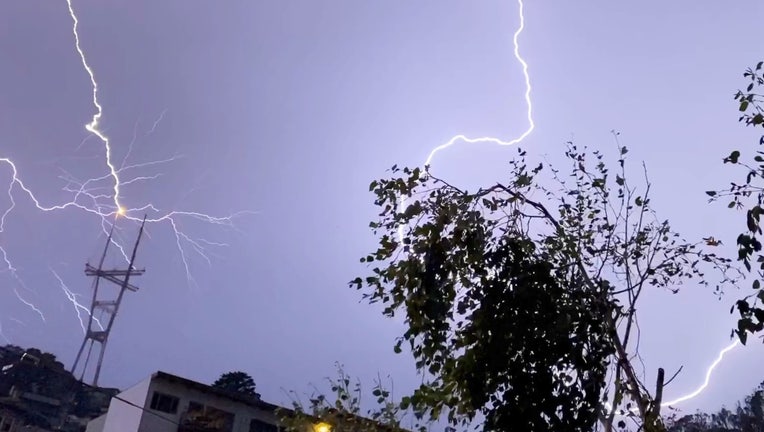 Sunday morning was bright and noisy around the Bay Area and beyond as thunderstorms delivered flashes of lightning from the Monterey Peninsula to the northern end of Marin County.

Sutro Tower in San Francisco got zapped by lightning, one of the hundreds of reported lightning strikes on Sunday. 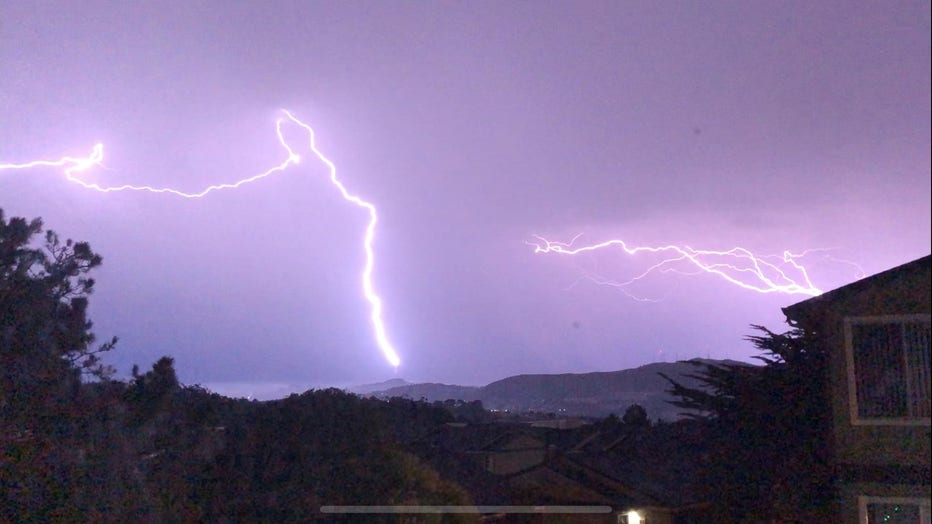 Sutro Tower was in San Francisco was struck by lightning during a storm on Sunday, Aug. 16, 2020. Photo by Lukas Gilstrap

"Most presumed to have started from lightning strikes. Forward progress has been stopped on most of these fires," the unit for San Mateo and Santa Cruz counties tweeted. "We're working to get more resources, stretched thin due to heavy fire activity."

In Vallejo, the storm toppled a tree that crashed into a condominium development. The fire department said there were no injuries.

There have also been reports of power outages Sunday morning that could be separate from the rolling blackouts PG&E had implemented Saturday. The outages had been ordered by state regulators due to a heightened demand for electricity.

There is a red flag warning in effect in the Bay Area until Monday, partially because of the chance that lightning could ignite sparks in dry vegetation.

Viewers shared photos and videos of the powerful storm. 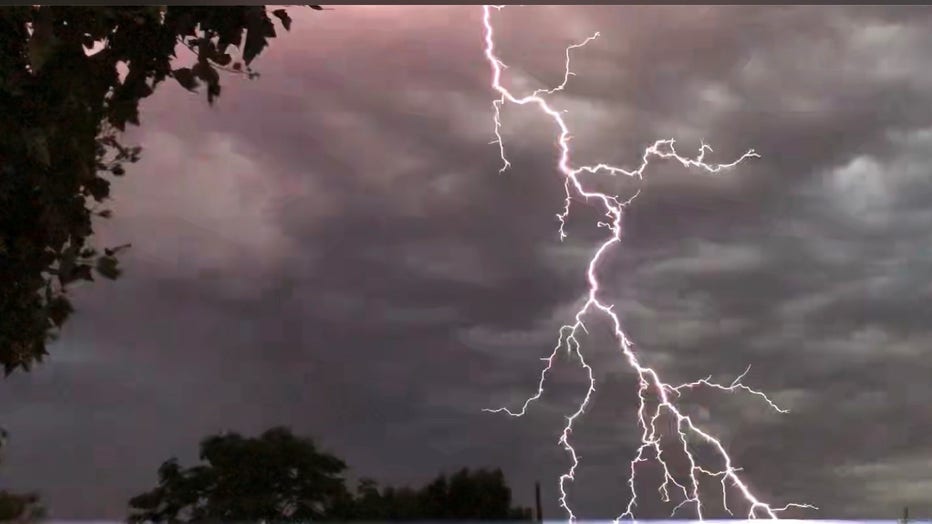 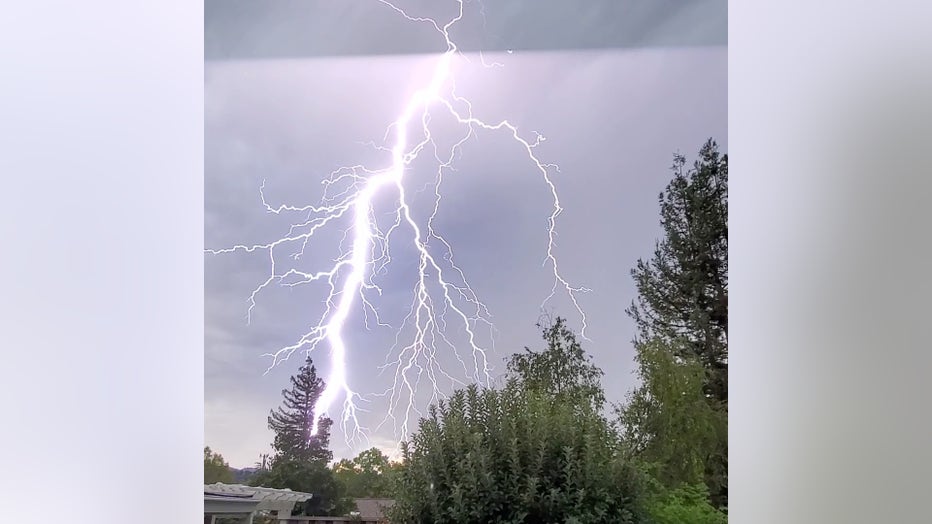 A severe thunderstorm warning from the National Weather Service expired at 8 a.m. Sunday.

The scorching temperatures that have blanketed the San Francisco Bay Area may last for several more days. An excessive heat warning remains in effect until Wednesday. 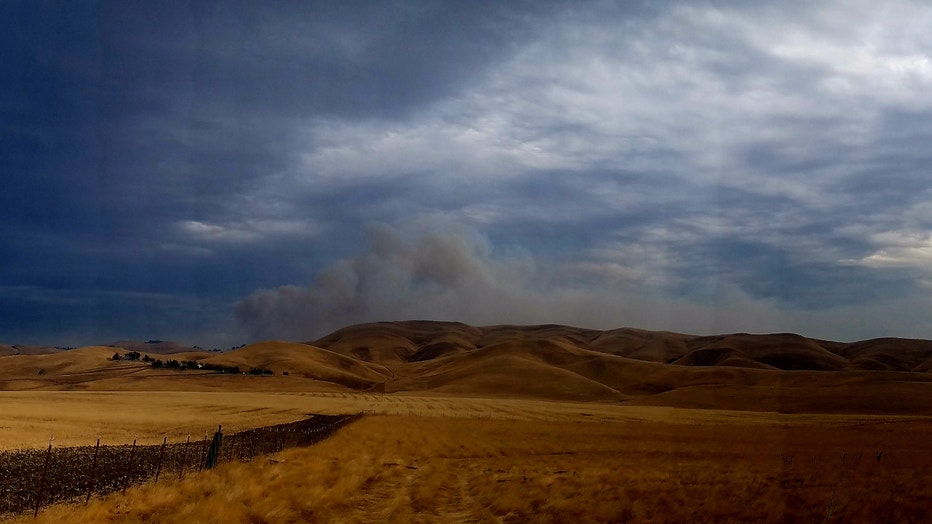 Brandi Lechleiter shared this photo of a storm seen at N. Livermore Avenue and Manning Road on Aug. 16, 2020.