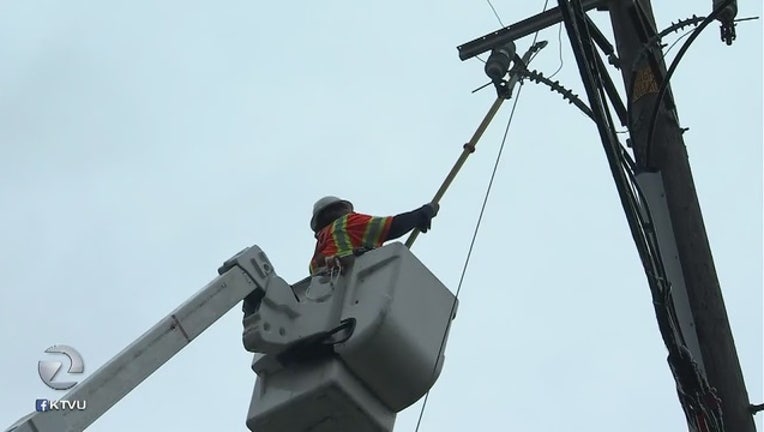 (BCN) - Power outages due to recent storms are still affecting several Bay Area communities Saturday morning, most of them in the East Bay, PG&E officials said.

In the North Bay, 406 are affected and on the peninsula, 238 are without power, Guidi said. Another 103 are impacted in the South Bay and 5 in San Francisco.

Most of the outages are storm-related and started as early as 2 a.m., Guidi said.

Crews were working to restore power to those affected. There's currently no estimated time for restoration of service, he said.