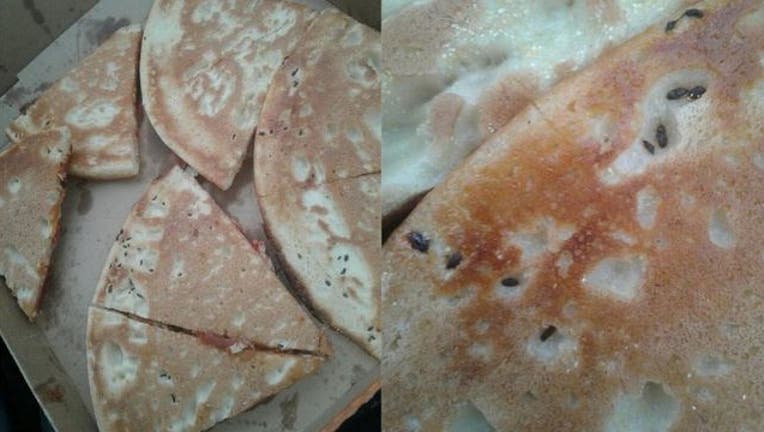 A man and his girlfriend discovered rodent feces baked into the crust of their Little Caesars pizza, prompting an emergency health inspection and temporary store closure. (Courtesy of Johnathan McNeil)

A Little Caesars in Indianapolis, IN, was shut down by health inspectors Tuesday morning after a couple found rodent feces baked into the crust of their pizza.

Johnathan McNeil said he and his girlfriend bought the pizza from the chain restaurant and left. Once they started driving home, his girlfriend noticed something was wrong.

“She looked at the pizza and realized there was like doo-doo looking stuff on the pizza,” McNeil said to FOX 59.

McNeil said they turned around and went back to the restaurant for an explanation, but the employees claimed to not know what it was.

“All of them were looking at my pizza dumbfounded as if they didn’t know what’s going on,” said McNeil, “I said ‘That’s mouse doo-doo on the bottom of my pizza.’”