A suspect is in custody after leading LAPD officers on a pursuit through parts of the San Fernando Valley.

LOS ANGELES - A suspect is in custody after leading LAPD officers on a pursuit through parts of the north San Fernando Valley.

The vehicle, a white pickup truck, is reportedly stolen.

The pursuit began just before 5 p.m. in the area of Osborne Street and San Fernando Road in the Pacoima area, police said.

The suspect led officers onto the northbound 5 Freeway, then onto the westbound 118 Freeway into Granada Hills.

SkyFOX was over the chase on the 118 freeway in Granada Hills. 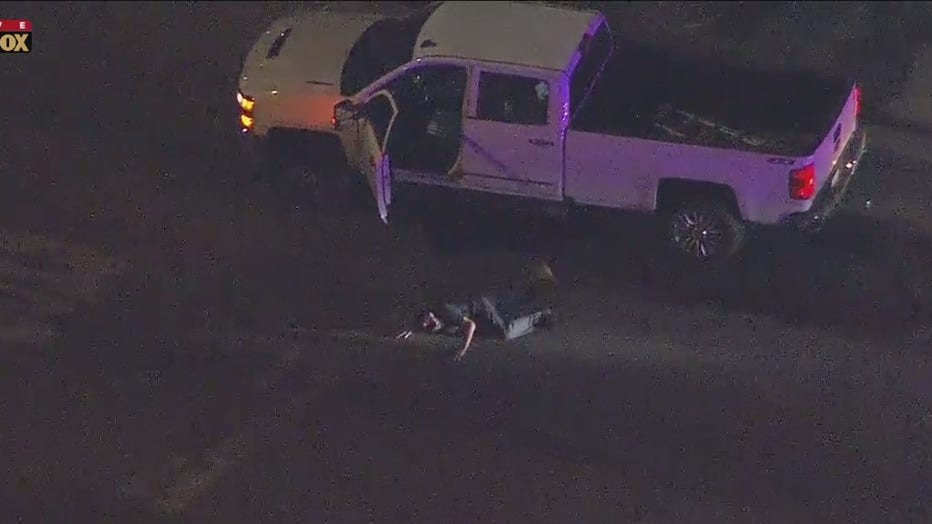 The man exited the freeway on Topanga Canyon Boulevard in the Chatsworth area and led police to West Hills before abruptly turning onto a side street and surrendering to police about 5:25 p.m.

The man was taken into custody without further incident.