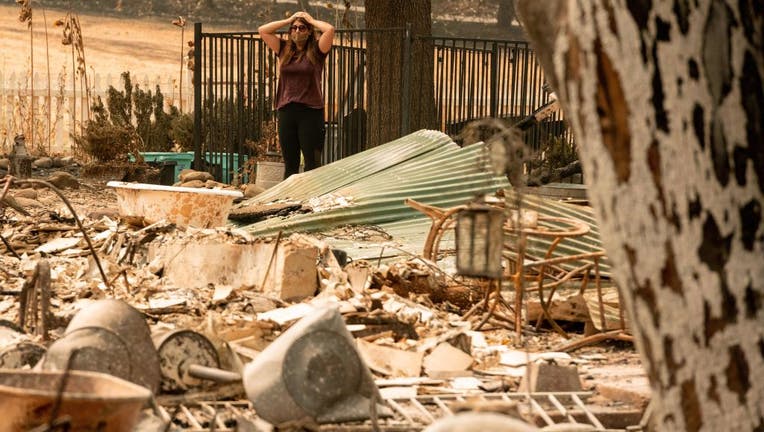 TOPSHOT - Resident Alyssa Medina reacts while looking over the charred remains of her family home during the LNU Lightning Complex fire in Vacaville, California on August 23, 2020. - Firefighters battled some of California's largest-ever fires that h

Cal Fire on Saturday reported the LNU Complex of fires grew to 373,324 acres overnight and was 41 percent contained.

Another 30,500 structures are threatened by the fires, which started Aug. 17.

At the fire's height, about 42,000 Sonoma County residents had been ordered to evacuate or warned that they may have to soon.