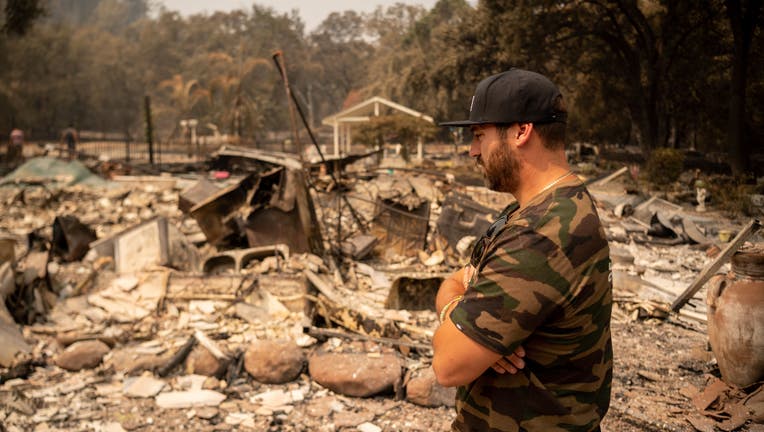 A resident looks over the charred remains of his family home during the LNU Lightning Complex fire in Vacaville, California on August 23, 2020. - Firefighters battled some of California's largest-ever fires that have forced tens of thousands from the

Containment of the LNU Lightning Complex Fire that has been burning since Aug. 17 in Sonoma, Lake, Marin, Napa and Solano counties increased only marginally overnight to 56 percent with 375,000 acres burned, Cal Fire said Sunday morning.

The third-largest wildfire in California history has killed five people and destroyed 1,198 structures.

The fire continues to threaten 10,350 structures.