David Nguyen, 28, was identified as the Alameda County sheriff’s recruit killed on an Oakland freeway on Tuesday night.

OAKLAND, Calif. - The family and girlfriend of a slain 28-year-old recruit are "distraught" over his shooting death and the situation is "tough, very tough" for all of his colleagues, Alameda County Sheriff's Sgt. JD Nelson told KTVU on Wednesday.

"I don't understand why someone would choose to use their weapon, probably over nothing," Nelson said.

The recruit, David Nguyen, was killed Tuesday about 4:30 p.m. when gunfire rang out by the Bay Bridge toll plaza. Nguyen was hit by a bullet that "penetrated the right front window, and the bullet then struck the driver, which resulted in the crash," said CHP Sgt. Raul Gonzalez.

Nguyen's colleagues said he had been driving home from the training facility in Dublin.

Alameda County Sheriff's Sgt. J.D. Nelson says the family of a slain recruit is distraught over his death.

The recruit, who was driving home towards San Francisco, was about to graduate in February.

Nelson said he was "well liked" and "highly motivated."

"To get one of these seats is very difficult," Nelson said. 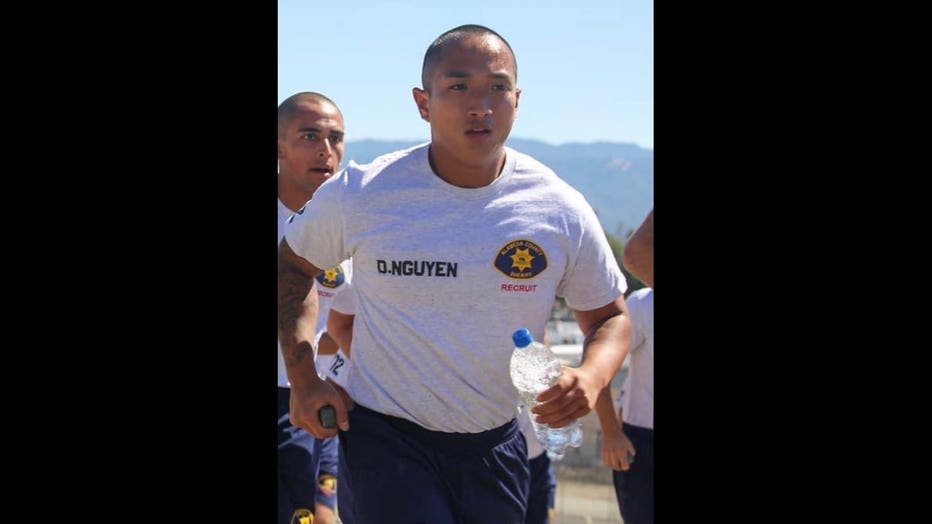 David Nguyen was identified as the Alameda County sheriff's recruit killed in an Oakland freeway shooting on Tuesday.

The California Highway Patrol is leading the investigation and so far, no arrests have been made. There is suspect information or motive. It's unclear if the recruit was targeted or shot in the crossfire.

But Nelson said, "As of right now, there's nothing that we believe that came from this academy that led to this murder."

Nelson said he hoped that someone would come forward to law enforcement with information about what happened.

As for resuming the training academy, Nelson said he hoped classes would resume formally next week. 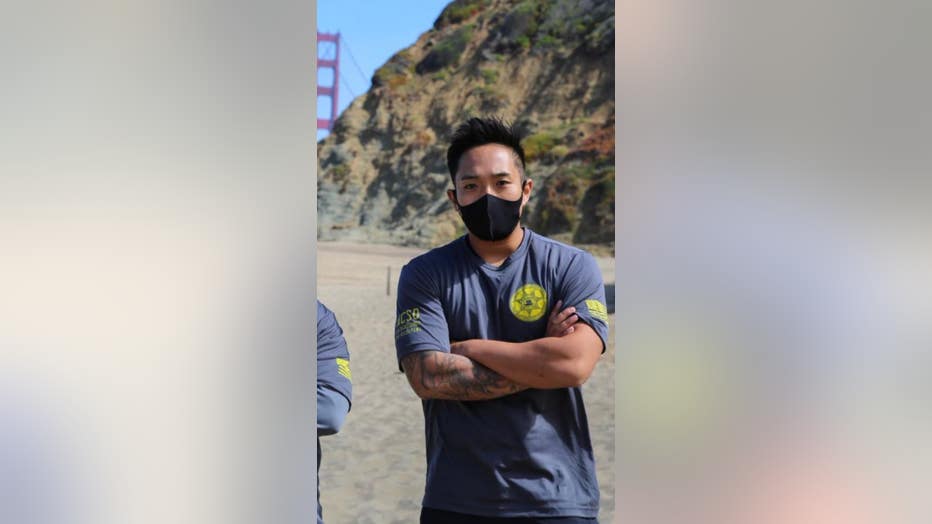 "It's.not an easy day," Nelson said. "We're trying to get through this."

He said peer counselors would be available for employees if they wanted to seek out their help.

Landeza added, "I'd like to think this somehow would all end, but it's not. And I don't know what it's going to take to end."

In November, the CHP said there had been nearly 80 freeway shootings in the last 12 months in Alameda County, most of them concentrated along the East Bay stretches of I-880 and 580.  One of those shootings involved the death of a 2-year-old driving home to Fremont. Another was a young mother on her way to a job interview.

Anyone with information is asked to call the CHP investigation tip line at 707-917-4491.