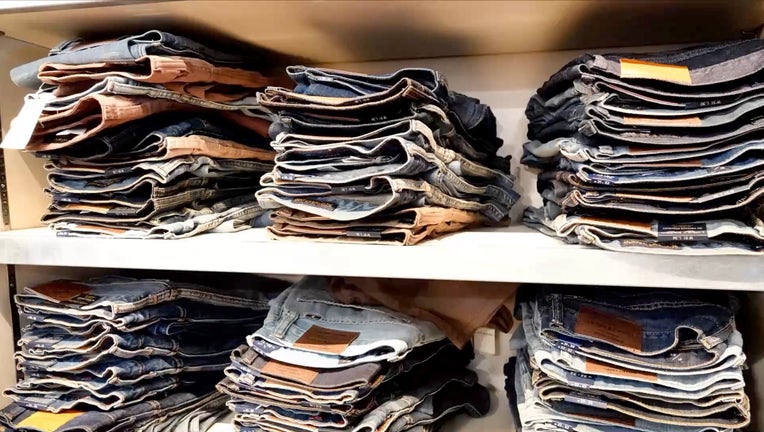 LOS ANGELES - Denim retailer Lucky Brand Dungarees has filed for bankruptcy protection, blaming its troubles in part on the coronavirus pandemic, and said it has a deal lined up to sell the company.

Lucky said it plans to close 13 stores and could shutter more during the bankruptcy process.

In a court filing, chief restructuring officer Mark Renzi described a proposal to sell Lucky to buyers led by apparel retail operator SPARC Group for $140.1 million in cash and $51.5 million in credit. Lucky said the offer would preserve much or all of the company’s current network of stores.

SPARC operates under the Aeropostale and Nautica brands that that are owned by Authentic Brands Group and mall operator Simon Property Group, one of Lucky’s key landlords, according to the filing.

Renzi said the company has a backup bid, and Lucky asked the court to approve a bid process to see if there are better offers. The company anticipates a sale closing by mid-August.

Lucky Brand operates more than 200 U.S. stores, mostly in shopping malls, and sells items at other chains including Macy’s, Nordstrom and Costco.

Renzi said Lucky was undermined by a shift among shoppers away from bricks-and-mortar stores, compounded by temporary store shut-downs due to the virus outbreak this spring.

The chain was also hurt by limited liquidity, which made it harder to get new inventory from vendors. Renzi said some key venders began requiring payment on delivery or other new terms, adding to financial pressure on the company.

Lucky said that early this year it had about 3,000 employees, most of them part-timers. After stores closed down because of the COVID-19 pandemic, the company furloughed nearly 2,700 of them and has brought back only about 900.

Lucky was created in 1990 and has since gone through several owners, most recently the private equity firm Leonard Green & Partners. Renzi said the company has “generally been profitable” over its 30-year history.