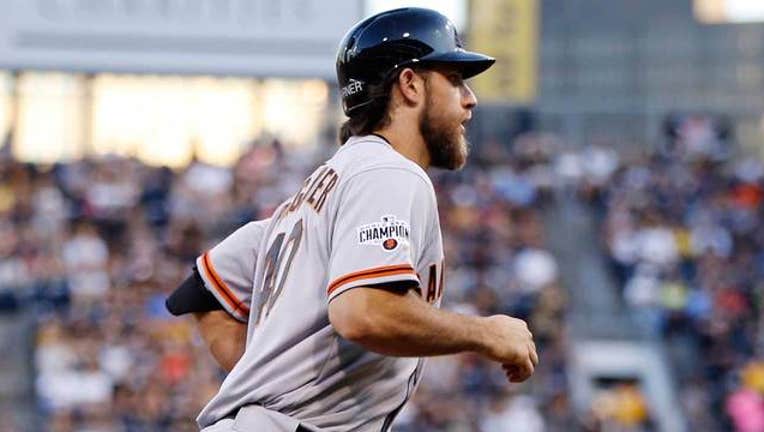 Madison Bumgarner debuted a new look at spring training. (See the photos at the bottom of the story.)

The 26-year-old star pitcher appeared to go back in time to his rookie days as he showed off a clean-shaven face and tidy haircut.

Bumgarner was the 2014 World Series MVP as the Giants won their third title in five years.

The fan favorite is beginning his 8th season with the Giants.

He's considered one of the most dominate pitchers in baseball.