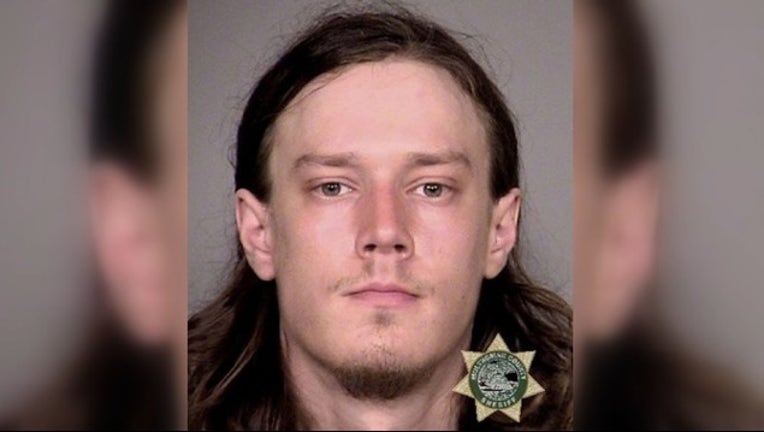 30-year-old Leor Bergland was arrested near his home in San Francisco's Tenderloin neighborhood for allegedly using a sword to slash the hand of another man who knocked his "Make America Great Again" hat off his head. He appeared in court Friday.

SAN FRANCISCO (BCN) - A 30-year-old San Francisco man who allegedly used a sword to slash the hand of another man who knocked his "Make America Great Again" hat off his head made his first appearance in court Friday.

Leor Bergland was arrested Wednesday night near his home in San Francisco's Tenderloin neighborhood for the slashing, which occurred last Friday near Fillmore and Oak streets. Bergland has been charged with attempted murder, mayhem, two counts of assault and brandishing, prosecutors
said.

At about 9:50 p.m. last Friday, police said a 27-year-old Berkeley man was walking near Fillmore and Oak streets and saw Bergland walking toward him wearing the MAGA hat made famous by Donald Trump during his successful presidential campaign in 2016. After the Berkeley man swatted the hat,
Bergland allegedly pulled out a sword and slashed the victim's left hand, causing a severe cut, police said.

The victim and a witness initially chased Bergland until he allegedly turned around and began advancing toward them. The pair then ended their pursuit and Bergland fled. Police eventually found Bergland inside a restaurant in the area of Eddy and Larkin streets shortly after 9:15 p.m.
Wednesday and took him into custody.

San Francisco Assistant District Attorney Alex Bastian said that evidence for the case will be presented at hearings in the coming weeks, but that "no one has a right to strike someone with a sword because their hat was knocked off their head."

Bergland has not yet entered a plea, but during his appearance on Friday, he said statements made during the court proceedings "implied that [he] did it." He remained silent after he was advised by the judge and his attorney that his comments could be used against him.

Eric Quandt, the attorney who represented Bergland at his appearance, said the case "calls out for restorative justice."

Quandt said, "Freedom of speech and expression are one of the pillars of our democracy, and nobody should be attacked with a political view. What MAGA represents is divisiveness, and this is just the opportunity for us to come together and unify."

Bergland's arraignment was postponed until Tuesday, and his bail was set at $250,000.