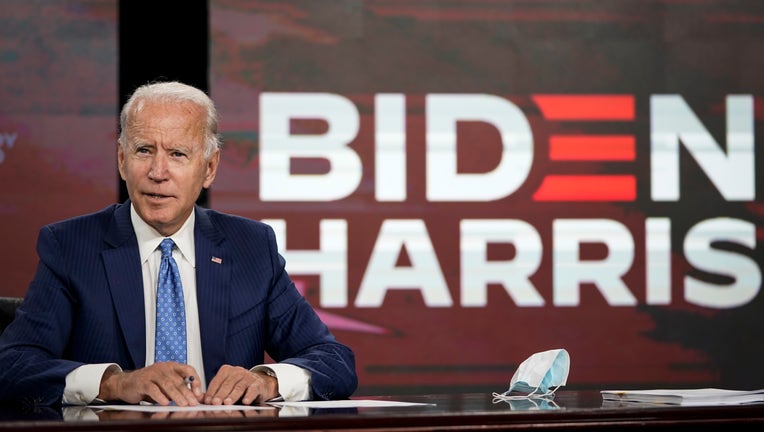 WASHINGTON (AP) - A major union representing U.S. postal workers has endorsed Democrat Joe Biden for president, a move that comes as President Donald Trump has acknowledged starving the postal service of money in order to make it more difficult to vote by mail in November's election.

The National Association of Letter Carriers, which represents 300,000 current and retired workers, said Thursday that Trump has long been hostile to the Post Office. His administration has called for an end to collective bargaining rights, proposed service cuts and has eyed the possibility of privatizing the functions of the agency.

But those actions have escalated since the start of the pandemic, with the administration taking “steps outside of the public eye to undermine the Postal Service and letter carriers,” said union President Fredric Rolando.

RELATED: USPS warns 46 states, DC about election mail delays that could affect whether ballots get counted

Biden, on the other hand, “is – was – and will continue to be – a fierce ally and defender of the United States Postal Service,” Rolando said in a statement announcing the endorsement of the former vice president and his running mate, Kamala Harris.

Trump has repeatedly railed against the suggestion that more people should vote by mail as a result of the pandemic, which he argues without offering evidence will lead to widespread voter fraud. While Trump casts his own ballot by mail, the post office has increasingly been in his cross-hairs as Democrats advocate voting by mail.

The agency’s new leader, Postmaster General Louis DeJoy, a former supply-chain CEO and a major donor to Trump and other Republicans, has pushed cost-cutting measures to eliminate overtime pay and hold mail until the next day if postal distribution centers are running late.

And recently there have been substantial mail delivery delays.

In an interview on Fox Business Network, Trump explicitly noted two funding provisions that Democrats are seeking in a coronavirus relief package that has stalled on Capitol Hill. Without the additional money, he said, the Postal Service won’t have the resources to handle a flood of ballots from voters who are seeking to avoid polling places during the coronavirus pandemic.

Trump's ramped up animosity toward the postal service drew the attention of his predecessor, Barack Obama, who said it amounted to an unprecedented effort by a president to “ kneecap the postal service” to protect his reelection chances.

“What are Republicans doing where you are so scared of people voting, that you are now willing to undermine what is part of the basic infrastructure of American life?” Obama said on the Campaign HQ podcast, which is hosted by his former campaign manager David Plouffe. “I mean, it’d be the equivalent of ‘We’re not going to repair highways because people might drive to the polling places…so we’ll just let massive sinkholes in the middle of, uh, the interstate linger, because we’re worried that folks might use those roads to vote.’"

The letter carriers union, which is one of several representing postal workers, said it consulted with its members before announcing the endorsement. The American Postal Workers Union previously endorsed Biden in June.

“The Postal Service must not be allowed to fail,” Rolando, the union president, said. “NALC is proud to stand with Vice President Biden and Senator Harris in November and beyond.”