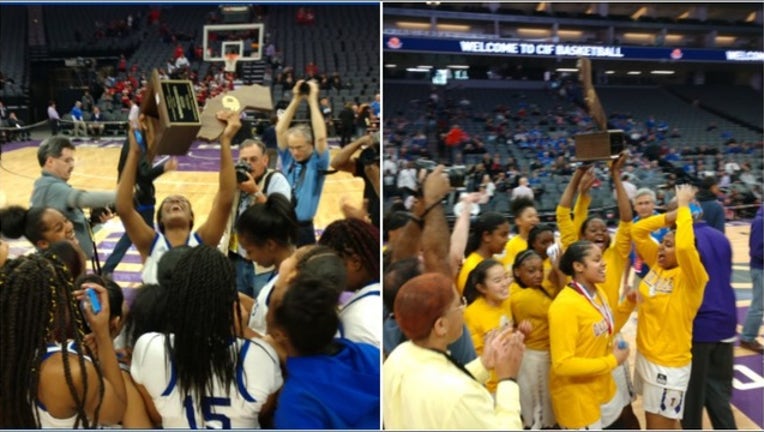 Jordan Smith led the way for the Bulldogs with 19 points. She went 3-for-4 from three-point land and shot just under 50 percent from the field (7-for-15). Stephanie Okowl chipped in 16 points and snagged a remarkable 24 rebounds, which is a new record for rebounds in a Division 4 state championship game, according to Oakland school district spokesman John Sasaki.

On Friday, the Wildcats, who boast a team grade point average of 3.6, were able to put major defensive pressure on their opponent. McFarland turned the ball over 29 times and 16 of those were from Wildcats steals.

School officials said they will be planning a parade following Friday’s win but no dates have been set as of Saturday afternoon.