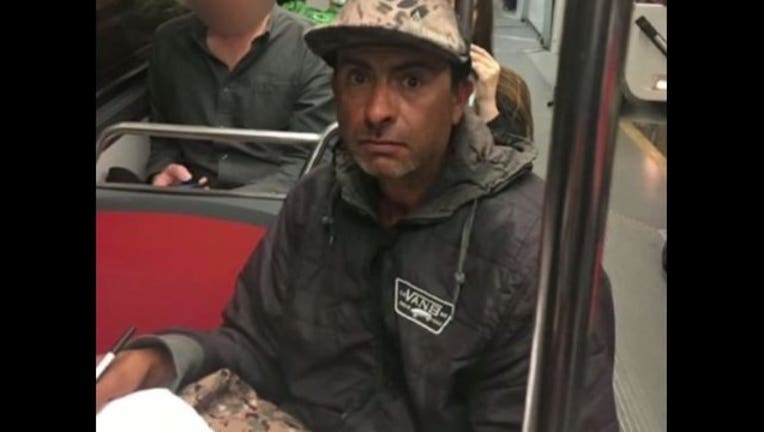 SFPD arrested a suspect on Tuesday, who is accused of sexual battery against women on Muni.

On Tuesday SFPD said the suspect, a 45-year-old white male, was identified by Richmond Station officers and located by Park Station officers at Carl and Stanyan streets near Golden Gate Park. He was taken into custody without incident, according to police.

Police became aware of a sexual battery on Muni's N Judah light rail line that occurred on March 30. The suspect was said to have to rubbed his crotch against women on public transit. The SFPD Special Victims Unit opened an investigation based on the March 30 report and other reports on social media by victims who said they were also victimized or had witnessed similar behavior.

The suspect is charged with misdemeanor sexual battery, sexual battery on public transportation, continuing offense of public nuisance and one felony count of false imprisonment.

Police say at least four victims came forward in this investigation against the suspect.

Special Victims Unit is asking anyone with information related to this case to call the SFPD Anonymous Tip Line at 415-575-4444 or text a tip to TIP411 with SFPD at the beginning of the message.