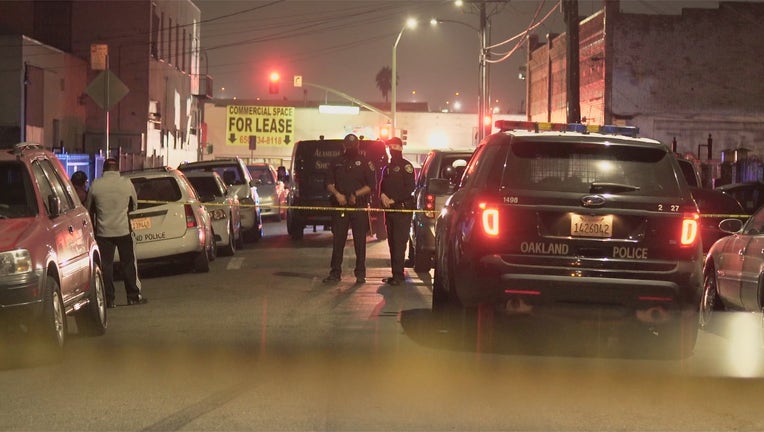 Officers were called about 12:20 a.m. to the 8600 block of Holly Street, where they found two men, one with gunshot wounds who was pronounced dead at the scene.

The other man was hospitalized and is listed in stable condition.

Homicide investigators have taken over the case, police said, and anyone with information is asked to contact the Oakland Police Homicide Section at (510) 238-3821.