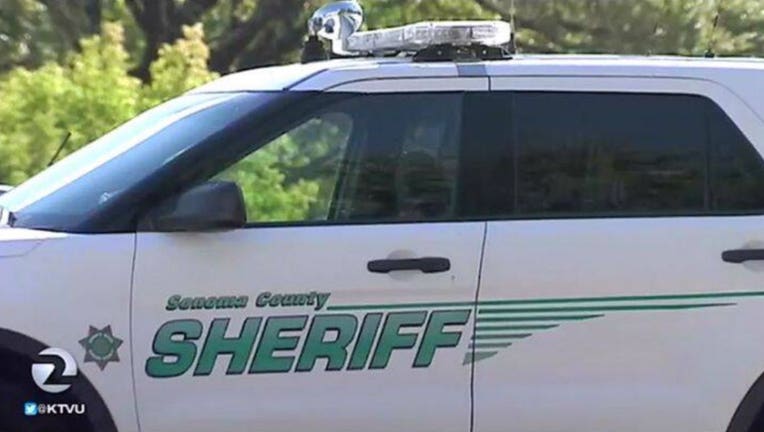 FORESTVILLE, Calif. - A man who was tased during a fight with Sonoma County deputies Saturday morning died after being handcuffed, authorities said.

The man, whose name was not released, died of an unspecified medical emergency, according to the Sonoma County Sheriff's Department.

The incident began about 8:15 a.m., when deputies were sent to the Hacienda Bridge near Forestville for a report of two people fighting inside a gray 3500 Dodge truck that was last seen headed west on River Road.

A deputy was flagged down in the 15600 block of River Road, in unincorporated Sonoma County, by a resident who said he heard a woman screaming, "someone help me" from inside a home, authorities said.

When the deputy knocked on the front door, a woman and man walked out and the woman immediately asked for help. The man was holding onto her and when the deputy tried to separate them a fight ensued, according the sheriff's office.

Another deputy arrived and used his taser on the man, the sheriff's office said, but the man continued physically resisting them.

After he was handcuffed, the man had a medical emergency and deputies began life-saving measures and called for medical personnel, authorities said

When medical personnel arrived, they pronounced the man dead at the scene.

The Santa Rosa Police Department is investigating the incident, and the Marin County Coroner's Office is conducting the death investigation. The Sheriff's Office will be doing an administrative review to determine if the deputies followed policies.