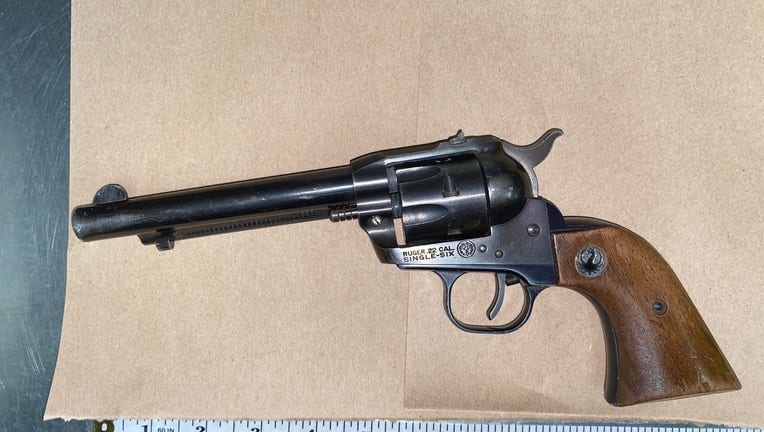 Police said shortly after 5 p.m., they were called to the Russian River Brewing Company at 725 4th Street. Apparently the suspect brandished a loaded .22 caliber revolver at security when he failed to pay his bill, according to police.

Witnesses lost sight of the suspect, identified as Tyler Morris, 28, of Santa Rosa, in the Old Courthouse Square. Police searched the area but did not find Morris at first.

A witness to the incident at the brewpub located Morris walking near the B Street entrance to the Santa Rosa Plaza. He tipped off police to the suspect's whereabouts. Police spotted Morris near the entrance to Macy's, but the suspect attempted to flee and according to police, he resisted arrest and put up a struggle.

Morris was eventually taken into custody and a weapon was recovered from his waistband. Police said one officer suffered a serious but non-life threatening injury from this incident.

Morris was booked into the Sonoma County Jail for assault with a firearm, carrying a loaded firearm and not being the registered owner, resisting an officer and causing serious bodily harm while resisting arrest. Police said Morris was also booked on an outstanding misdemeanor arrest warrant.