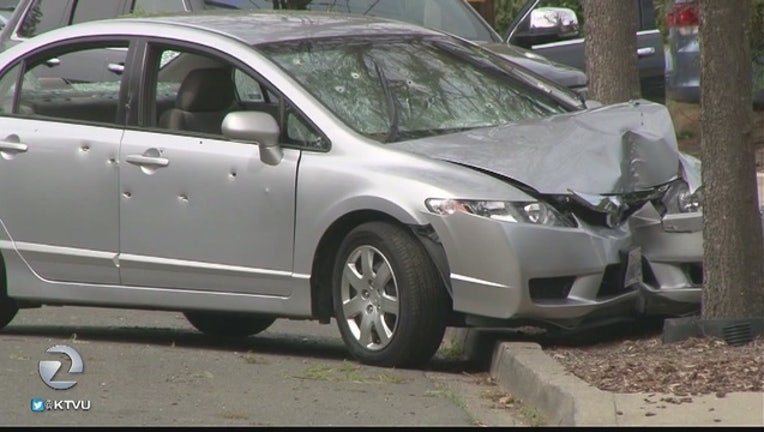 NAPA (BCN) -- The Napa County District Attorney's Office has identified a Napa man who was killed in a shootout with police and sheriff's deputies Tuesday afternoon.

Authorities said Stephen Connard Ferry, 65, was killed after he allegedly opened fire on officers who were called to the scene on reports of shots fired.

Napa police responded around 1:55 p.m. to a report of a man shooting at his neighbors in the 2300 block of Bueno Street, Napa County Assistant District Attorney Paul Gero said in a statement.

Ferry drove a car out of his garage as police were setting up a perimeter, and he fired shots at the responding officers, Gero said.

After Ferry crashed the car into a tree on Linda Vista Avenue and Robert Street, he fired at officers and sheriff's deputies. Officers returned fire and Ferry was pronounced dead at the scene, Gero said.

One officer suffered a minor injury from shrapnel and was treated at a hospital and later released. The officers involved in the shooting were placed on administrative leave, Gero said.

The Napa County District Attorney's Office is leading the investigation into the shooting.