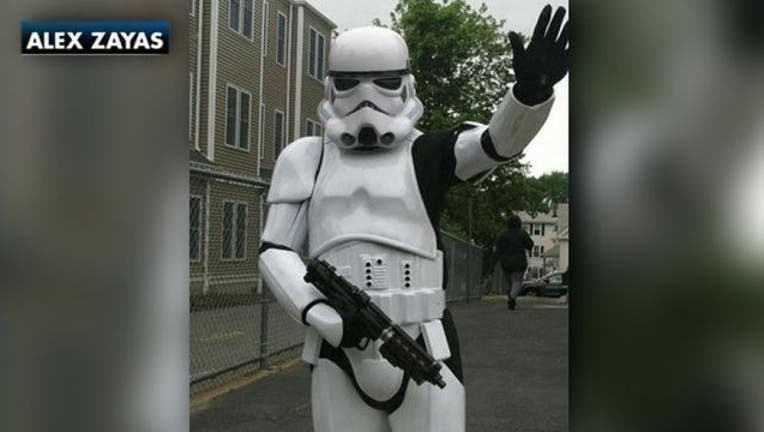 LYNN, Mass. (AP) — A Massachusetts man is facing charges after he was spotted outside a city elementary school dressed as a "Star Wars" storm trooper, complete with fake gun.

Cross says he just bought the costume and was walking through the neighborhood showing friends.

But the principal called 911 to report a man with a gun, and the school was briefly locked down.

A police spokesman tells the Salem News the way things are in today's society, "you can't have that" and said Cross "used bad judgment."

Cross was released on personal recognizance after pleading not guilty Thursday to disturbing a school and loitering.