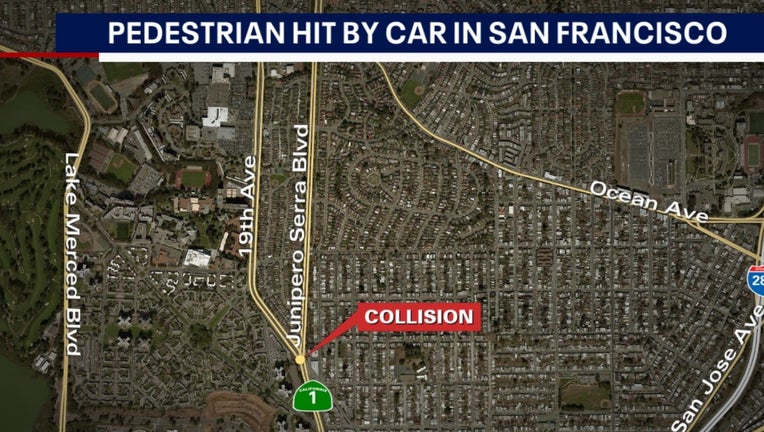 SAN FRANCISCO - A man was killed after being struck by a Toyota Prius in Ingleside Heights early Sunday morning, according to police.

The collision was reported about 3:15 a.m. at the intersection of 19th Avenue and Junipero Serra Boulevard, Sgt. Michael Andraychak said. The man was struck by a red Toyota Prius traveling southbound on 19th Avenue.

The victim was taken to Zuckerberg San Francisco General Hospital with life-threatening injuries, according to Andraychak. He later died. The driver of the vehicle stayed at the scene.

The identities of the man killed and the driver have not been released.