The shooting involves an officer from the Concord police department.

CONCORD, Calif. - Police in Concord are investigating an officer-involved shooting involving one of its officers.

The incident happened around 11:45 a.m. Sunday on the 900 block of Oasis Drive, just west of Oak Grove Road. 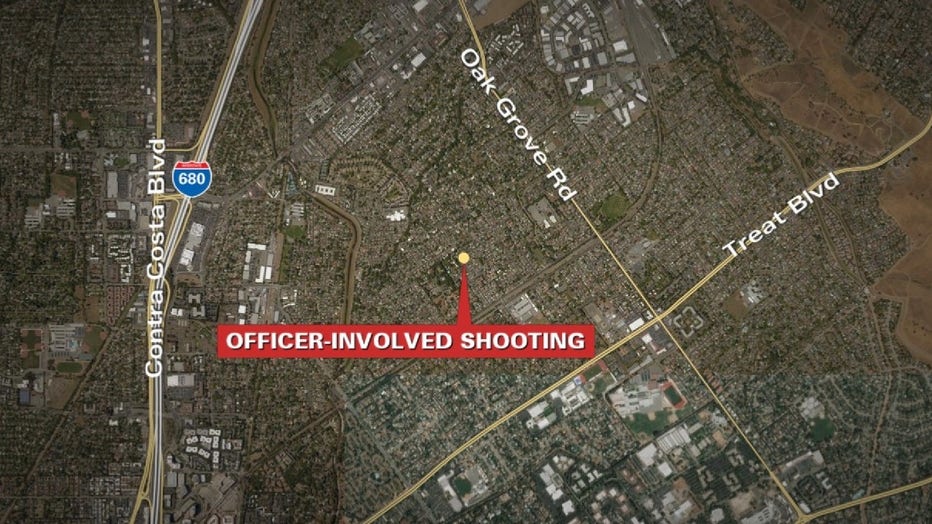 Concord police are investigating an officer-involved shooting on Oasis Drive that happened on Sunday, December 1, 2019.,

According to Concord police, two residents ages 85 and 90 contacted Concord police dispatch to report their 60-year-old son acting erratically and possibly under the influence of drugs or alcohol.

Neighbors reported the same man was on the front lawn armed with a firearm.

Officers reportedly tried to talk to the man who walked back into the residence. Shortly after, officers saw an elderly man exit the house suffering serious injuries.

Officers entered the home and found the man straddling his mother while holding a knife.

Officers used their firearms to kill the man, who was pronounced dead at the scene.

The elderly residents were taken to a local hospital for their injuries. It was not immediately clear what the extent of their injuries were.