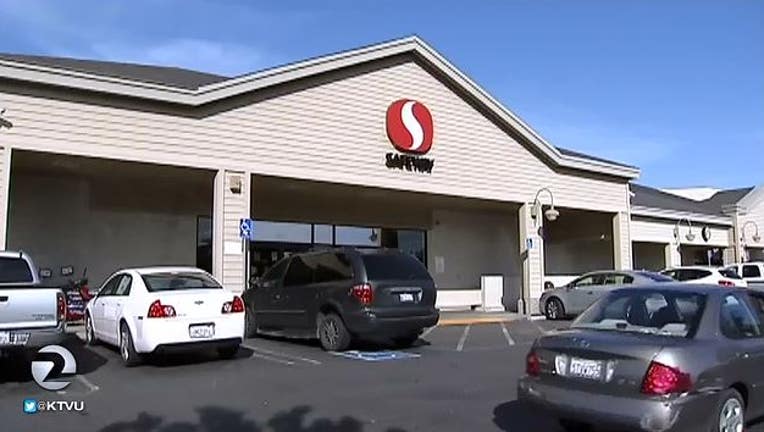 MENLO PARK, Calif. - A 58-year-old Mountain View man was arrested early Sunday morning after he allegedly pointed a gun at a woman over a parking dispute at a Menlo Park grocery store.

The victim told police that shortly before 6 a.m. she asked the man to move his car because it was taking up two spaces at the Safeway parking lot at 525 El Camino Real.

Instead, the suspect allegedly pointed a handgun and told her to leave, Menlo Park police said.

She walked away and called police, who arrived a few minutes later and found the suspect in his car. Officers spotted a loaded handgun near the front passenger seat and one officer took it out of the car as as another talked with suspect on the driver's side.

Barton Karl Lunsford was arrested without incident and booked into San Mateo County Jail on suspicion of being in possession of a loaded firearm, making threats, and brandishing a firearm.

The handgun was not registered.