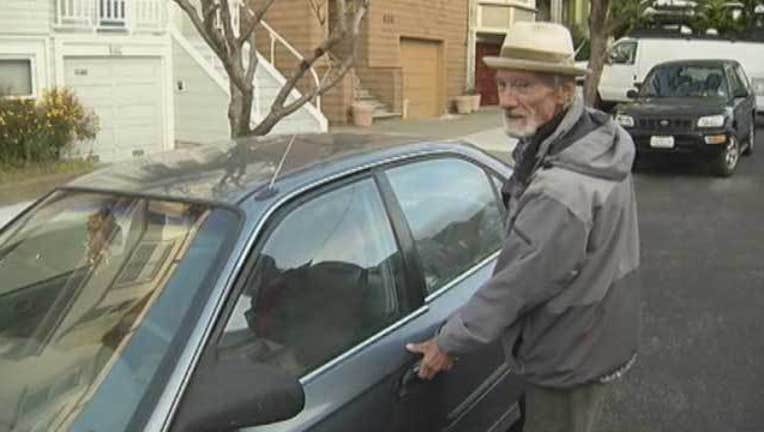 SAN FRANCISCO (KTVU and wires) -- A San Francisco police officer in the city's Richmond District helped reunite a man with his stolen vehicle containing the ashes of his deceased wife Monday.

On Wednesday morning, a man reported that his vehicle had been stolen from the 400 block of Cabrillo Street along with his wife's ashes that were inside the vehicle.

An off-duty police officer read about the unfortunate theft in a newspaper article over the weekend and when he returned to work Monday he looked up the vehicle theft report and discovered that the vehicle was still listed as stolen and had not been towed, cited or impounded.

The officer checked the vehicle's license plate number, and at about 9 a.m. he conducted a grid search of the area where the vehicle was last seen in an attempt to locate it.

The officer located the vehicle parked and unattended in the 600 block of Third Avenue, about two blocks away from where it had been reported stolen.

Upon finding the vehicle, the officer called the victim to inform him that his vehicle had been located.

When the victim came to recover his vehicle, he discovered that while a suitcase with notebooks, his drum, and the title to his vehicle were all missing, his wife's ashes were still inside of the trunk of the vehicle.