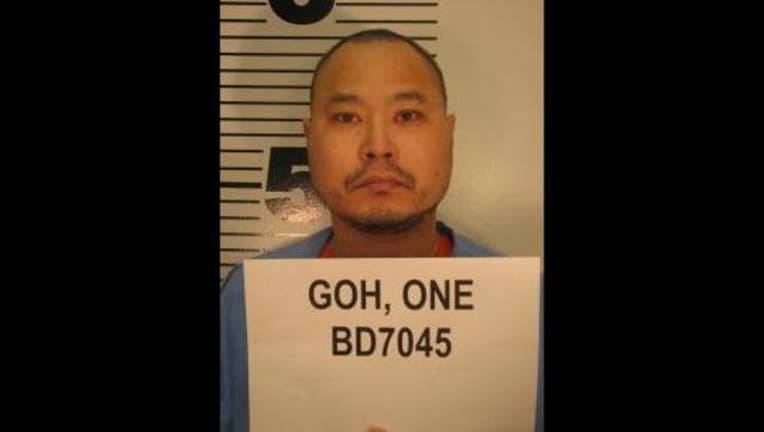 Photo: One Goh, California Department at Corrections and Rehabilitation

SACRAMENTO, Calif. (KTVU) - The man sentenced in a mass shooting that killed seven people at Oikos University in Oakland in 2012 has died while in custody.

According to the California Department of Corrections and Rehabilitation, One Goh, 50, was serving a life-without-parole sentence at California State Prison - Sacramento, when he died on March 20. The Sacramento County Coroner's office will determine a cause of death.

Goh was sentenced in July of 2017 to seven consecutive life terms in prison plus 271 years to life for the shooting deaths at Oikos University, a nursing school.

Alameda County Superior Court Judge Jeffrey Horner also ruled that as part of his sentence, Goh was not eligible for parole.

In April of 2017, Goh, of Alameda, pleaded no contest to mass murder in a plea deal that spared him from a possible death sentence. Goh had been considered mentally incompetent for most of the last five years, but was declared competent two weeks before his plea.

The plea follows his conviction of being the lone gunman on April 2, 2012 when he let loose with a gun at Oikos University.

He is a paranoid schizophrenic and he believed that the administration at the nursing school were out to get him. He was there, he said, to get a refund from the school.