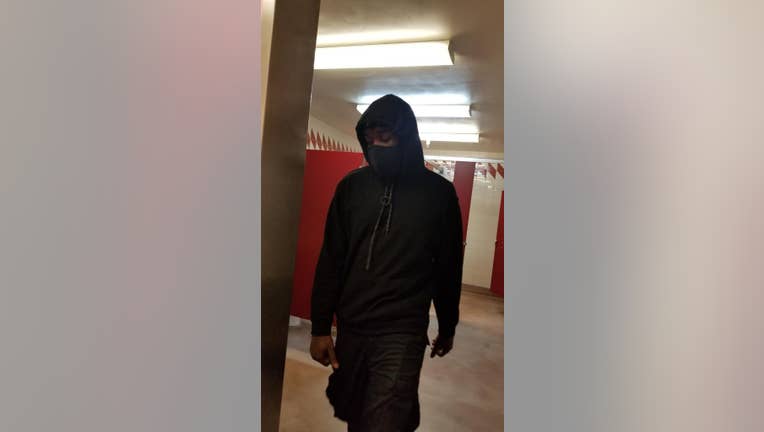 Vallejo P.D. are seeking a Peeping Tom suspect who they say entered a public restroom to record women in bathroom stalls.

VALLEJO, Calif. - Vallejo police are asking for the public’s help in identifying a Peeping Tom suspect.

Police said on Wednesday, they are looking for a male suspect who they think invaded a public restroom on two separate occasions to record video and take photos of women with his phone.

The alleged voyeur waited in the bathroom stall of a Cardenas grocery market on the 2100 block of Solano Avenue. The first incident happened on Oct. 26. The suspect was caught in the act when a woman in an adjoined stall noticed his phone protruding from underneath the stall. Police said he was confronted, but fled the business before they arrived.

On a separate occasion on Dec. 1, the peeper employed the same tactic and a different woman said he was trying to take video of her while she used the restroom. Again, the suspect fled when he was confronted, but this time the victim was able to snap a photo of him. He was gone when police arrived.

Police shared the victim’s photo of the suspect. He is seen wearing all black, including a black face mask and hoodie. He’s described as 5’10” with a slender build. Police did not give an age range for the suspect, but in the photo, he appears to be in his teens to early 20s.

Police said they are following all leads in their investigation. It was not clear if the grocery store had additional surveillance video of the suspect that may be helpful in this case.

Police are asking anyone with information on the suspect or his identity to contact Detective Corporal Martinez at 707-917-4123.