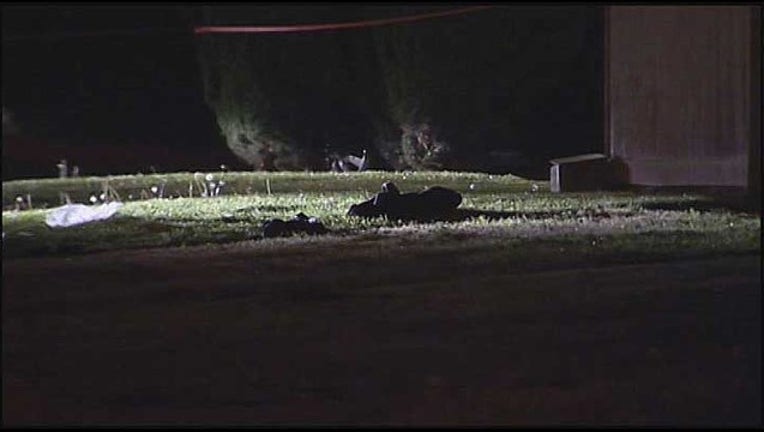 SAN JOSE, Calif. (KTVU and wires) – A man was battling for his life in a San Jose hospital early Tuesday and a search was underway for the gunman who shoot him outside his apartment, authorities said.

According to San Jose police, the 22-year-old victim was drinking on the lawn outside of his apartment at around 3:45 a.m. with friends.

"Two suspects wearing all black, black hats and black bandanas drove up and became involved in some kind of disturbance," said San Jose Police Lt. Chris Monahan. "During the course of the argument and gun was produced with three shots fired."

All three shots struck the man in the face, abdomen and heart. His distraught mother told KTVU Fox 2 news he was still in the operating room at around 8 a.m.

His condition was not known but authorities said he suffered life-threatening injuries.

After shooting the victim, witnesses told police the men sped away in a silver sedan.

There was no known motive for the shooting that remains under investigation.