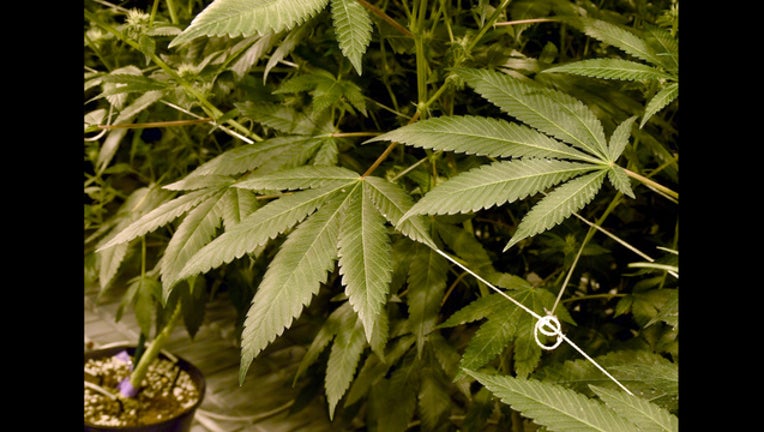 Thursday the Trump administration lifted an Obama-era policy that kept federal authorities from cracking down on the pot trade in states where the drug is legal. (Photo by Ethan Miller/Getty Images)

The plunging stock prices reversed a weekslong rally driven by optimism for legal recreational sales that started Monday in California. Several marijuana stocks saw double-digit losses in the hours after Sessions' announcement, including the largest pot-producing company that is publicly traded.

Canopy Growth, a Canada-based company with the ticker symbol WEED, lost $3.58 a share, or 10 percent, to close at $32.32 on the Toronto Stock Exchange.

Shares of garden-supply company Scotts Miracle-Gro also skidded Thursday, following a steady rise last year after it added fertilizer, lights and other products to serve marijuana growers. The company's share price fell by as much as 7 percent before closing down 2.3 percent, or $2.49, to $106.17 on the New York Stock Exchange.

"Jeff Sessions' decision to rescind the Cole memoranda puts the marijuana industry and marijuana legalization efforts in a precarious position," said Aaron Herzberg, a California lawyer and founder of the cannabis investment company CalCann Holding, referring to an Obama-era memo that limited U.S. crackdowns on pot in states where it's legal.

Brent Kenyon, a consultant who helps advise and establish recreational marijuana businesses in Oregon, said his phone had been ringing all Thursday with calls from worried clients. Investors, including some who are involved in his businesses, are spooked, he said.

"I'm just telling people to hold off. We need more information, we need to see what the president is going to say about this," he said by phone from a cannabis conference in Hawaii.

Andy Williams, CEO of the Medicine Man Denver dispensary, is taking a wait-and-see approach to the new policy but pointed out the economic impact of legal pot.

"This industry around the United States has attracted a lot of investment. Billions of dollars in investment," he said. "Just talking about what Sessions wants to do today has dropped the market."

Steve DeAngelo, owner of California's largest marijuana retailer, said it will be "business as usual" at his Harborside dispensary in Oakland.

"I think the main impact of this is really going to be on investors, more than anything else," he said. "Some investors might get a bit nervous about putting more money into the cannabis industry until the situation resolves itself."

Another of California's largest marijuana operators said it also plans no changes in response to Sessions' announcement.

"For this industry and for this community, we are really based on resilience, going against the tide. This is no different," said Michael Steinmetz, CEO of Flow Kana, which distributes cannabis products from small, outdoor farmers. "From my perspective, things don't change."