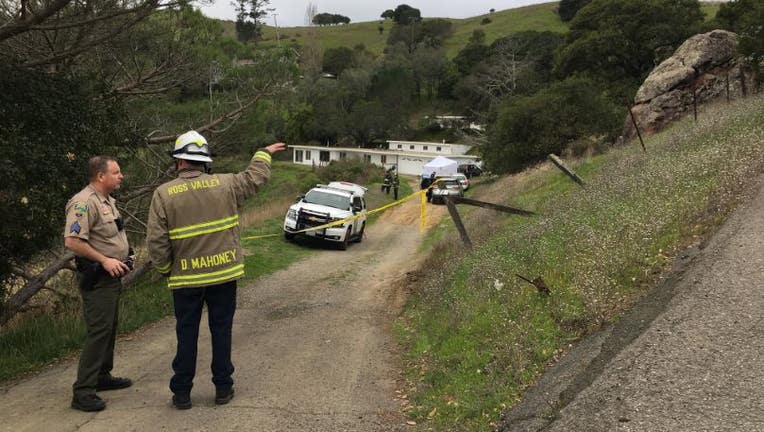 Authorities are investigating the death of a 32-year-old man and a 30-year-old woman who were found lifeless in the driveway of a home in San Anselmo. Feb 14, 2020.

SAN ANSELMO, Calif. - The Marin County Sheriff on Tuesday identified the two people who were found dead in the driveway of a San Anselmo home.

Dylan Schwarz, 32, and Aidan McWhinney, 30, likely died as a result of "illicit substance utilization," the sheriff said in a news release. A formal forensic investigation has not yet been performed.

Their bodies were found Friday in the Sleepy Hollow neighborhood. Schwarz was found on the ground next to a vehicle. McWhinney was found inside the vehicle, along with a dog.