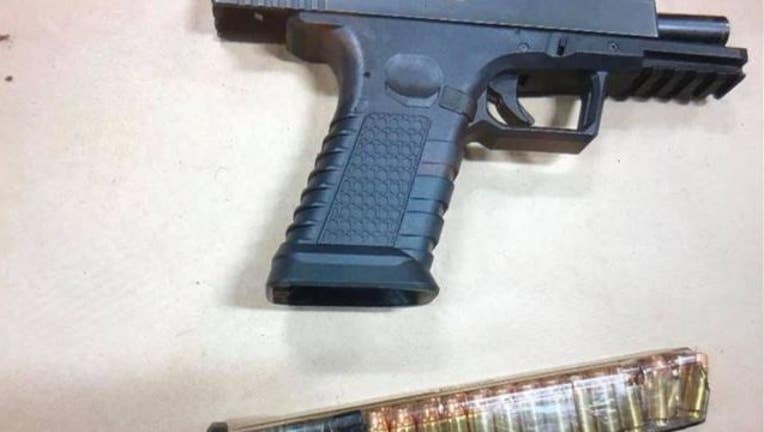 A gun recovered after a struggle with a domestic violence suspect on Feb. 8, 2019 Photo: Marin County Sheriff

MARIN CITY, Calif. (BCN) -  A Marin County sheriff's sergeant was injured Saturday morning during a struggle with a domestic violence suspect in Marin City, according to the sheriff's office.

The sergeant was on patrol when he came across a man who had a cinch bag hanging around his neck and was wanted by San Rafael police on suspicion of a recent domestic violence incident, according to a social media post by the sheriff's office.

A violent struggle resulted when the sergeant and other deputies tried to detain the suspect, and all of them rolled down a hill.  The officers eventually handcuffed the man and secured the cinch
bag, which contained a concealed and loaded .40-caliber firearm with no serial numbers.

The sergeant was treated at a hospital for injuries sustained during the confrontation.

The suspect was arrested on suspicion of domestic violence, firearm violations and resisting arrest.