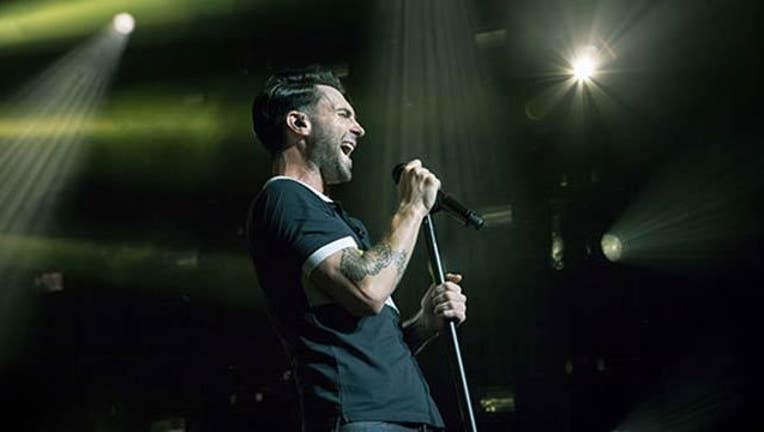 Maroon 5 finally dropped a proper follow-up album -- It Won't Be Long Before Soon -- in 2007, continuing their streak of chart success. Famed producer Robert John "Mutt" Lange approached the band himself about working with their third record, 2010's well-received Hands All Over. Though Levine appeared to be grooming himself for a different career path as one of the judges on the hit singing competition show "The Voice," he and Maroon 5 brought Levine's fellow judge Christina Aguilera on to guest on the band's 2011 summer hit single "Moves Like Jagger" which was unveiled on the show during the summer and hit #1 on the charts.

While keyboard player Jesse Carmichael stepped away from the band in 2012 for a time to focus on his studies, he returned in time to work on last year's V, the band's fifth album. Maroon 5 bring their current tour to promote the album to San Jose's SAP Center with support acts Magic! and Rozzi Crane.