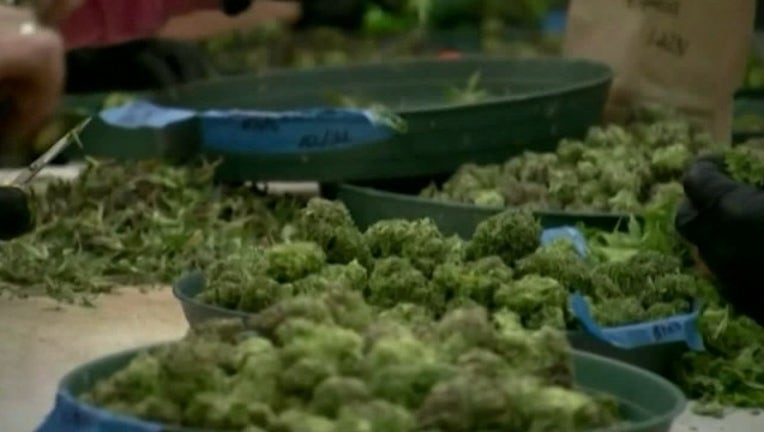 Despite a school district's disapproval, Martinez city council voted to approve an operating permit for a marijuana dispensary near Alhambra High School.

MARTINEZ, Calif. - Despite the school district's opposition, Martinez City Council voted on Wednesday to approve an operating permit for a cannabis dispensary near a Alhambra High School.

Three council members votes yes, one abstained, and there were no votes against a proposal by the son of former Congressman George Miller to award operating permits to Embarc, which is owned by George Miller IV, the son of the former congressman and a onetime state Assembly candidate.  The council in November voted 4-0 in favor of moving Embarc forward in the process of getting its permitting.

“The district is not in opposition to the City of Martinez opening a retail cannabis store, however, the proposed location, just feet from our Adult School and in such close proximity to Alhambra High School is not the appropriate location for this business,” said district superintendent CJ Cammack in a statement.

Students won’t be able to buy products at the dispensary because industry regulations ban anyone under 21 from entering a pot shop. However, Cammack is concerned about having a dispensary located on a shared property border that requires extensive security.

“Additionally, the current location may limit the potential uses of the Martinez Adult School property,’’ Cammack said. “In prior years, the Adult School housed a preschool, and more recently overflow parking for Alhambra High School, both of which the district could not operate in good conscience if a cannabis dispensary is opened on this shared property border.”

Cammack said the city did not inform the school district of plans to consider a dispensary close to the high school . The district is asking the City Council to reconsider the proposal or at least look at a different location.

But Councilman Mark Ross told Local News Matters that putting a dispensary in a different part of town probably wouldn’t make a difference.

“Kids are going to get in trouble whether it’s next door or down the street,” Ross told the news site.

Miller IV did not respond to a request for comment through the Embarc website, but previously said that because he has deep family roots in Martinez, he wants to make sure that his business would be run correctly and not cause problems.

“One bad thing can ruin a reputation,” he said. “Failure is not an option.”

The proposed dispensary at 3501 Alhambra Ave. is located roughly 1,000 feet from Alhambra High School, which serves nearly 1,200 students.  Dispensaries are banned from opening within 600 feet of schools for understandable reasons.

Moreover, the 2017-18 California Healthy Kids Survey showed that 20% of responding Martinez school district 11th graders reported having at any time been drunk or high on campus, compared with 10% of respondants in the nearby Benicia school district.