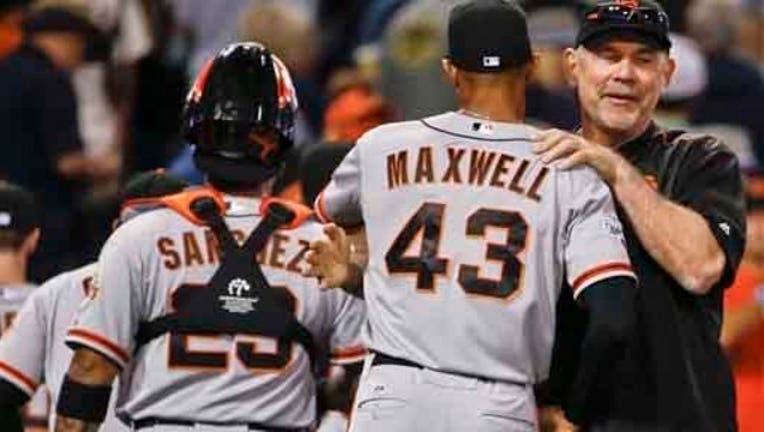 The Giants won despite being held to six hits by six pitchers.

The lone run came against Nick Vincent (0-1) consisted of an error, an intentional walk and Maxwell's single.

Brandon Crawford reached with one out when backpedaling shortstop Clint Barmes dropped his pop fly in shallow left. With two outs, Gregor Blanco was intentionally walked before Maxwell, batting for winner George Kontos, singled up the middle.

Santiago Casilla pitched the 12th for his third save in as many chances.