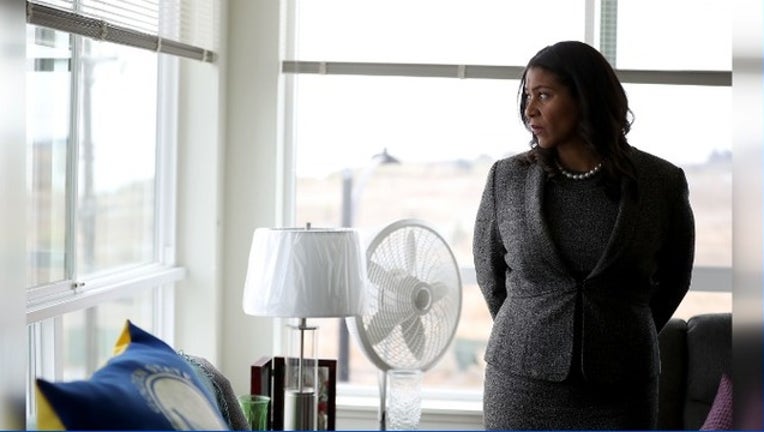 File photo - San Francisco Mayor London Breed has apologized after signing a certificate of honor for Martin McGuinnes, a controversial figure in Irish history, ahead of this weekend's St. Patrick's Day Parade in the city.

SAN FRANCISCO (BCN) - San Francisco Mayor London Breed has apologized after signing a certificate of honor for a controversial figure in Irish history ahead of this weekend's St. Patrick's Day Parade in the city.

Martin McGuinness was chosen by the United Irish Societies of San Francisco as one of five honorary grand marshals for the parade, which is happening on Saturday.

"San Francisco values means respect for the democratic process and non-violent political actions. The language on the Certificate of Honor should have taken more care to apply these values when reflecting the history of Mr. McGuinness' life toward peacemaker and his role in the peace process
that resulted in the Good Friday Agreement," Breed said in a statement. "I apologize for the pain this certificate has caused."

The certificate caused outrage online, with many within the Irish community referring to McGuinness as a murderer.

An online petition signed by nearly 3,000 people as of Tuesday is demanding that Breed rescind the certificate.

According to the Irish Societies of San Francisco's website, McGuinness was the chief negotiator of the Northern Ireland political party Sinn Fein during talks that led to the 1998 Good Friday agreement, which recognized Northern Ireland as a sovereign territory of the U.K. McGuinness died in 2017.

The United Irish Societies of San Francisco was not immediately available for comment.

Breed is set to lead Saturday's parade as Grand Marshal.