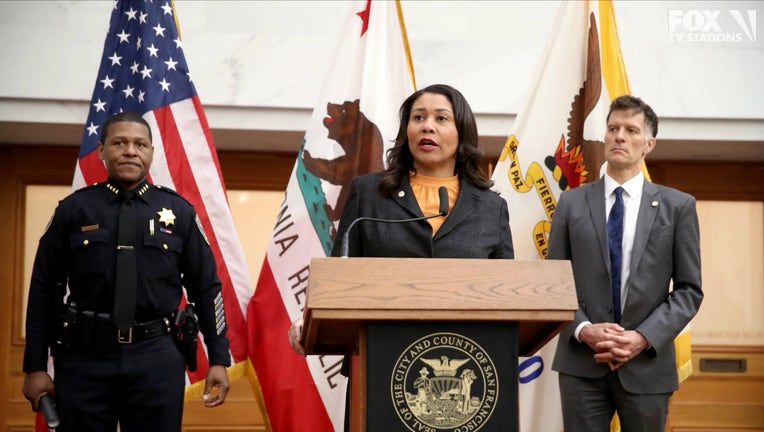 Breed initially submitted her budget proposal back in July,
including in it a $120 million divestment from law enforcement put toward the city's African American community, as well as further funding for homelessness, behavioral health, and the COVID-19 response. Breed was also able to avoid laying off city workers, while also balancing a $1.5 billion budget deficit.

Last week, after making several amendments to Breed's budget, the city's Board of Supervisors approved it 10-1, with Supervisor Catherine Stefani voting against it.

One of the amendments included using $59 million from the city's
November 2020 Proposition F, or the Business Tax Overhaul fund, to provide raises for city workers. Both Breed and Stefani criticized the move as the funds have yet to be approved by voters.

"This was, without a doubt, the most challenging budget I've ever
experienced putting together, and I'm proud of everyone who worked on it," Breed said in a statement. "We had to make a lot of hard choices to not fund certain priorities that we all support, but that's part of balancing a budget in a recession.

"More so, the Board of Supervisors failed to make their own hard
choice when they chose to fund pay raises for city employees. I support our city workers, and it was critical to me that we not lay anyone off during this pandemic where over 200,000 San Francisco residents have already applied for unemployment.

However, giving city workers pay raises at a time when so
many people are suffering is irresponsible," Breed said.

"These raises are contingent on a ballot measure passing in
November -- a ballot measure that we were already relying on to help balance the significant general fund deficit we were facing without any raises. If that measure fails, then we will now not only need to find a new way to close our general fund gap, but we will have to find a new way to fund these raises," she said.

Breed further criticized the Board for not coming up with an
alternative plan if the measure fails.

"Of course, my office has been working on this, and it's not going
to be easy. It will likely require service cuts and not funding certain
programs that benefit our residents. That's the reality, and we have to be honest with the public," she said.

In addition to the $120 million investment in the African American
community, other investments in the budget include $60 million for Mental Health SF; $14.7 million for the city's continued COVID-19 response; $17.3 million for housing subsidies for seniors and homeless families; $10.7 million to expand the Right to Counsel program; $5.3 million for the new Community Learning Hubs intended to help some 6,000 students with distance learning; and $2 million for food security initiatives for families impacted by COVID-19. The newly signed budget also leaves a balance
of more than $750 million in city reserves.